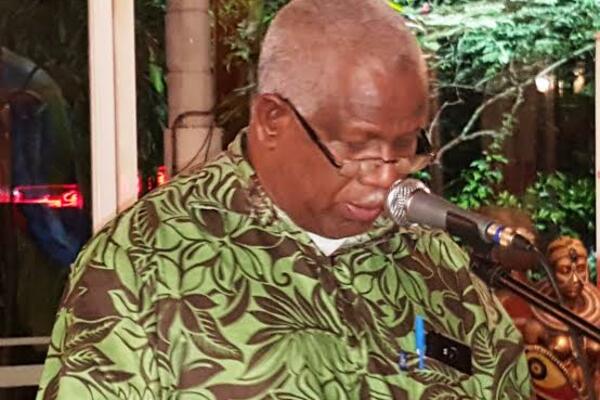 The Party Wing Leader said the Party has proposed to take on the idea of legislating the country’s major investments and developments to protect them from political mismanagement.
Source: Photo Supplied
Share
Monday, 28 November 2016 09:29 AM

The Democratic Alliance Party (DAP) has proposed to pursue proper and appropriate legislation that would provide a strong regulatory environment that give confidence and trust in public institutions.

This was highlighted by the DAP Party Wing Leader Hon Rick Hou during the Party’s Corporate Dinner Fundraising at the Honiara Hotel on Saturday.

In his speech, Mr Hou said outlined the importance of having confidence in our public institutions as the key to building investor confidence.

“DAP will not stop short of ensuring a conducive environment is achieved. It is our vision that investment is the key that would in the medium to long term future play the pivotal role of driving the economy of this country forward,” he said.

Therefore, Mr Hou said a DAP led government will not stop short of taking responsible and radical steps to invest heavily in public infrastructures and other major developments.

“DAP believes that what we need to change is our modus operandi to enable us to protect major investments and national projects that for ages have been on the drawing books successive governments since independence,” he said.

The Party Wing Leader said the Party has proposed to take on the idea of legislating the country’s major investments and developments to protect them from political mismanagement.

Mr Hou said learning from the country’s past experiences and history of political instability; the idea to legislate major projects would require any future Government of the day that comes into power to implement national projects and major public investments by law and not by policy.

“DAP strongly believes that because of the political fluidity that elude this country from implement its national development investments since independence radical steps as suggested has to be taken now and not later,” Mr Hou said.