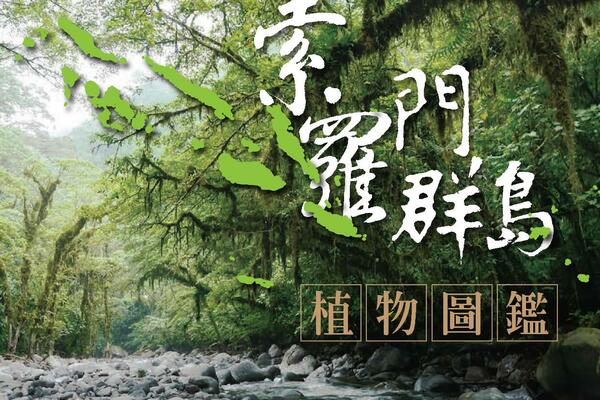 Sponsored by the ROC Ministry of Foreign Affairs, the bilingual English-Chinese publication is the result of a TaiwanICDF project carried out since 2012 to survey the South Pacific archipelago nation’s plant resources, primarily focusing on its fern species.

“Large-scale crop cultivation is seriously threatening the country’s plant life,” said Chen Ai-chen, deputy secretary-general of TaiwanICDF. “The book will help locals gain a greater awareness of the value of their flora.”

The Solomon Islands, roughly 90 percent of which is covered by forests, is home to at least 7,000 native species, according to TaiwanICDF. A second book on the country’s plant life is scheduled to be published before the conclusion of the research mission in June next year.

Funded largely by TaiwanICDF, the survey program is organized by the National Museum of Natural Science in central Taiwan’s Taichung City, which arranges for Taiwan researchers to embark on weekslong excursions to remote areas of the Solomon Islands. Equally important to the mission is the Dr. Cecilia Koo Botanic Conservation Center, a privately funded facility in southern Taiwan’s Pingtung County that is storing living samples collected during the expeditions.

Aleck Yang, an NMNS researcher participating in the US$2.6 million project, noted if Taiwan scientists find commercial applications for plant species gathered during the study, the resultant benefits will be shared with the Solomon Islands, as stipulated in a memorandum of agreement on scientific research signed by NMNS and the Solomon Islands Ministry of Forestry and Research.

Established in 1996, TaiwanICDF carries out aid and development missions around the world, primarily in Africa, Asia-Pacific and Latin America. Aside from the plant survey project, the organization is implementing a number of other initiatives in the Solomon Islands, including training courses for health care personnel and programs to improve crop and livestock production techniques.