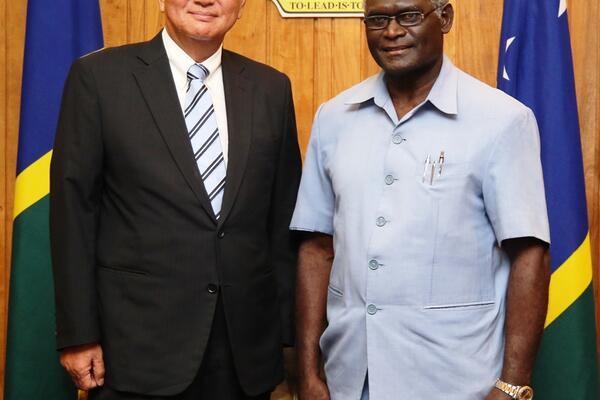 While visiting the Solomon Islands Prime Minister, Hon. Sogavare said health remains a top priority in Solomon Islands and the Government is committed to improving health services in the country.

Discussions during the meeting focussed on issues regarding health services including population growth in Solomon Islands and the role of WHO in helping its Member States combat diseases in their respective countries.

Dr Shin acknowledged that there is more work to be done by WHO in assisting its Member States.

“A great challenge will be assisting Member States to strengthen health systems towards Universal Health Coverage,” he said. “The long-term success of many of our efforts – from disaster preparedness to combating communicable diseases depends on accessible and effective health systems.”

Dr Shin also expressed his admiration for the Solomon Islands efforts in reducing the rate of Malaria in the country over the last few years.

Besides his series of meetings in Solomon Islands, Dr Shin also visited the Helena Goldie Hospital and Samarae Area Health Clinic in the Western Province as well as a WHO-sponsored building facility in Honiara.