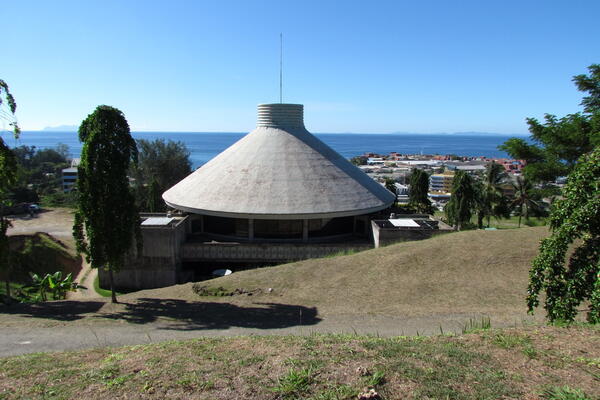 It is understood the PEC will be meeting with the Attorney General and other key stakeholders this morning.
Source: Photo supplied
By Special Correspondent
Share
Thursday, 23 October 2014 08:24 AM

What will become of the $400,000 MPs entitlement payout? All up the payout would cost tax payers close to $20M – certainly a large amount of money for a cash strapped care taker government.

It is perhaps understandable why there is a huge outcry to revoke the award, not just from the public but also from the very committee that increased the figure from $100,000 to $400,000 in 2013 – the parliamentary entitlements committee (PEC).

Let’s back track for now, not in an attempt to allot blame but in a serious attempt to understand the issue.

The PEC was first established through a Constitutional Amendment in 1983. Their role/function seems clear, it is basically the body tasked with reviewing MPs entitlements. What forms the basis of such a decision is not entirely clear – such information, or lack of it, lies with the PEC.

The Constitutional Amendment establishing the PEC in 1983 also stated that once a decision is made such a decision will be published in the Gazette on the 1st of April of that given year – not a day before or after.

Unfortunately, for reasons only known to the government, the new rates were not gazetted.

“Such decisions take legal effect when gazetted, this is a long standing practise, and unfortunately the decision to reduce MPs terminal grant was not gazetted on the 1st of April 2014, so the 2013 terminal grant of $400,000 still stands,” a lawyer familiar with process told Solomon Times.

“This is perhaps the first time the PEC would seek to enforce a decision that has not been gazetted, and this is wrong.”

Regardless of how and why such an amount was awarded, or why in the eleventh hour the PEC has decided to put right this apparent wrong, the fact remains that due process and established norms and practises should not be ignored.

The Clerk of Parliament is perhaps right in stating that she is bound by the decision taken in 2013, and not 2014, because that is the entitlement rate set by the PEC that was gazetted. And it is worrying that the PEC is now behaving as if it is the administrator of the MPs entitlements by seeking to exert itself, and making statements that is unbecoming of such a body.

Already the fallout has resulted in the reshuffling of Permanent Secretaries (PS), shifting long time PS for Finance Shardrech Fanega to the Ministry of Planning and Aid Coordination with his replacement being Fred Fakarii.

Perhaps the blame should be on the PEC. Had the PEC established a transparent system to help guide them make such decisions, what has now transpired could have been avoided.

It is understood the PEC will be meeting with the Attorney General and other key stakeholders this morning.