Government May Take Over Gold Ridge 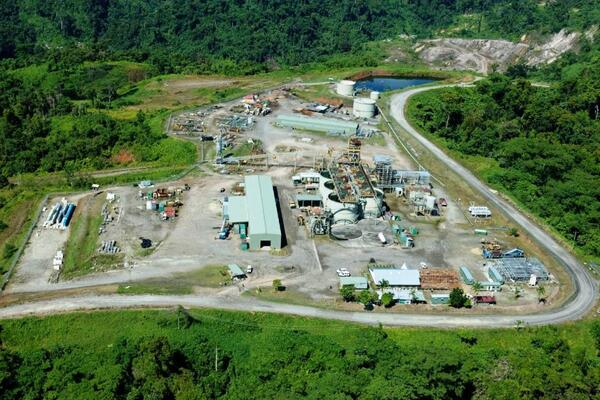 Last Saturday, Solomon Islands' Prime Minister Gordon Darcy stated that his government is in talks with St Barbara over possible transferal of ownership of the mine.
Source: abc.net.au
Share
Tuesday, 26 August 2014 07:23 AM

St Barbara is in talks to hand the embattled Gold Ridge mine back to the Solomon Islands Government.

It comes on the back of a series of unfortunate events at the operation, which began when Cyclone Ita hit the site, inundating it and damaging nearby infrastructure such as bridges and causing site instability.

The problem was then compounded by security concerns after the pits saw a number of illegal miners move in and camp in the site.

Last week St Barbara announced it was withdrawing all workers from the site as well, due to these escalating safety and security concerns.

"The decision to withdraw all staff from the Gold Ridge site followed a number of recent serious security incidents which have been growing in frequency and severity," St Barbara said in a company statement.

"These incidents have been reported to the Royal Solomon Islands Police Force (RSIPF). Subsequent to the withdrawal of GRML personnel from the site a number of people from local communities and illegal miners have entered the mine site and the RSIPF is now in attendance," the miner said.

Soon after this St Barbara confirmed it was cutting more than 400 workers from the site and reviewing future options for the mine. One option raised has been the handing of the operation to the Solomons Government.

Last Saturday, Solomon Islands' prime minister Gordon Darcy told the ABC his government is in talks with St Barbara over possible transferal of ownership of the mine.

"St Barbara is a very respected company, but up until recently they have now come to a point where they have decided to negotiate with the government to hand over the investment back to the Solomon Islands Government and we respect that," he said on the ABC's Radio Australia's Pacific Beat program.

The comments were soon confirmed by St Barbara, which stated "constructive negotiations for the mutual benefit of both parties are continuing", adding that in the meantime "operations at the mine remain suspended".