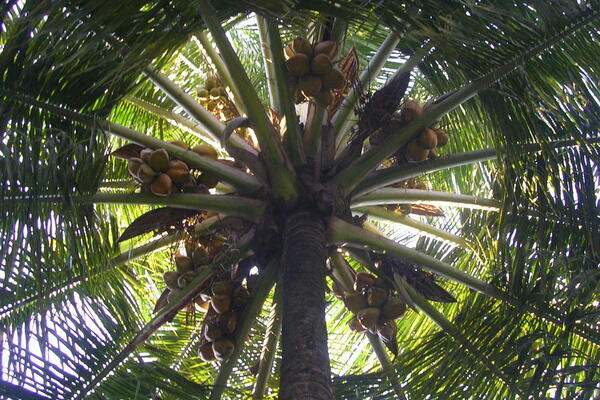 The Solomon Islands virgin coconut oil export industry is facing high competition from other suppliers in the Pacific and South East Asia regions, including Fiji, Samoa, Thailand and the Philippines.
Source: www.indiamike.com
Share
Friday, 09 May 2014 07:00 AM

Local virgin coconut oil producers say the Solomon Islands is being held back from competing with other Pacific and Asian nations because of a lack of government support.

The virgin coconut oil industry contributes to Solomon Island economy and improves the livelihoods of rural villages around the country.

The Virgin Coconut Oil Producers’ Association (VCOPA) – a collective industry body – has asked for around $3 million to support organic certification, training and development and some operation costs.

“The VCOPA is an association dealing with farmers every day. We feel we are being neglected,” VCOPA Chairman David Rosalio said.

Mr Rosalio met with Prime Minister Gordon Darcy Lilo on 5th May 2014 to discuss the organisation’s issues. The Prime Minister said he was supportive of the industry, but would not be able to support the proposed budget in its entirety this year.

In 2013, the Ministry of Agriculture allocated $16.7 million total towards the Rehabilitation of Coconut Industry fund.

However, this money was given directly to MPs, with each individual MP receiving $334,000, and not to the farmers who needed it most.

“We feel we were let down by the government,” Mr Rosalio said.

“We are appealing to the next government to support the virgin coconut oil industry, which has enormous income potential, like other governments in the region.”

Virgin coconut oil contributed [$7 million] in export value to the Solomon Islands in 2013, despite receiving no direct government support.

Demand is also starting to increase domestically here in the Solomon Islands, as more and more people learn about the many health benefits of virgin coconut oil.

The Solomon Islands virgin coconut oil export industry is facing high competition from other suppliers in the Pacific and South East Asia regions, including Fiji, Samoa, Thailand and the Philippines.

“We have the capacity to compete with these markets, but a major barrier for us right now is the cost and maintenance of organic certification, which is a vital requirement for most international buyers,” Mr Rosalio said.

In other countries, their government recognizes the value of this industry, and provides funding for the organic certification.

“Currently, this is costing around $100,000 per year, but as the industry grows, so too does the cost,” KPSI operations manager Wilson Kikolo said.

According to Mr Kikolo, in order to grow the industry and be even more profitable for the Solomon Islands, every producer must be certified.

“Unfortunately, the farmers indirectly pay this large cost, as it means KPSI shares the cost with the oil producers through the purchase price of oil,” Mr Kikolo, who is also the VCOPA secretary said.

The VCOPA, together with KPSI, aims to improve the livelihoods of those in rural areas – which represent the majority of Solomon Islanders – through a more profitable virgin coconut oil industry that provides more direct benefits to producers.

Established in 2004, the VCOPA currently represents around 40 production systems around the Solomon Islands.

If managed correctly the coconut industry is extremely sustainable, and so represents an enormous opportunity to the Solomon Islands economy.

One major benefit is coconuts are not seasonal plants. Unlike banana, kumara, and other crops relied on for income, every season is coconut season.

Furthermore, coconut trees have a very long life. One tree will outlive most humans, and will produce fruit for more than 100 years.

“Right now though, many of the coconut trees we have around us are now very old,” Mr Rosalio said.

“This is the time to replant and nurture this industry. If we aren’t careful, future generations will suffer.”