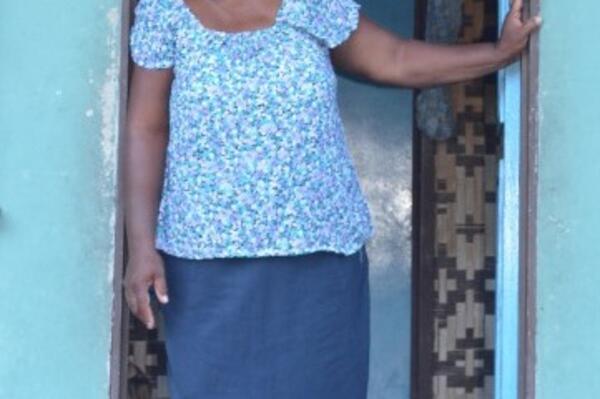 Moira Dasipio says helping Solomon Islands women to speak up and be heard is one of her greatest achievements.

It’s something officials from six Coral Triangle nations have also been impressed by and next week will honour the Ysabel Dioceses Mothers Union President with an international leadership award.

The Coral Triangle Initiative on Coral Reefs, Fisheries and Food Security (CTI-CFF) Women Leadership Awards will be presented to one woman from each of the Coral Triangle member nations – Indonesia, Malaysia, PNG, Philippines, Timor-Leste and Solomon Islands – in Manado, the capital of Indonesia’s North Sulawesi province on Tuesday, May 13.

The awards – being made for the first time since the CTI-CFF was launched in 2007 – recognise the vital role women play in conserving and managing marine resources within the Coral Triangle. This is known as the world’s epicentre of marine diversity and stretches from the Philippines in the north, down through Indonesia and across to the Solomon Islands in the east.

Moira, who has been President of Ysabel Mothers Union since 2009, was the only woman to be awarded from the Solomon Islands. The Nature Conservancy (TNC), one of seven partner organisations working on the Coral Triangle Initiative, prepared the nomination with strong support from the Ministry of Fisheries and Marine Resources.

TNC project manager Ms Robyn James described Moira as: “A true leader: someone who creates change for her people and who really cares about ensuring the next generations have a healthy environment to call home. The Mothers Union does so much with very little funding to promote positive family and social values, and sustainable management of resources, so everyone can benefit – now and in the future.”

Robyn explains that Moira has been instrumental in promoting the Isabel Ridges to Reefs Conservation Plan. This asks communities to identify their most significant natural and cultural resources – a process that relies heavily on women feeling confident to speak up and share the knowledge they have.

“Moira has worked tirelessly to co-ordinate travel of Mothers Union representatives across Isabel Province and to assist women attend planning meetings. She ensured that community facilitators from Isabel spoke to around 3000 people about resilient communities and the environment. This created a huge ground-swell of interest in community-based conservation and sustainable natural resource management,” says Robyn.

Originally from Kia and grandmother to seven, Moira says women must speak out about their community resources – rivers, reefs and land.

“Men and women must work closely with elders to look after out beautiful Solomon Islands,” she says.

“Solomon Islands women have to participate in decision-making. They have to elect strong women leaders to represent them. We need this voice at both the provincial and national levels.

“Too often women let men do the talking for them. We must learn to speak for ourselves if we want to save our land and coasts for our grandchildren.”
The six women were nominated for the awards because they displayed teamwork, and a creative, positive approach in leading the protection of community marine resources.