OPMC Tells MMF to Keep Out of PC Selection Process 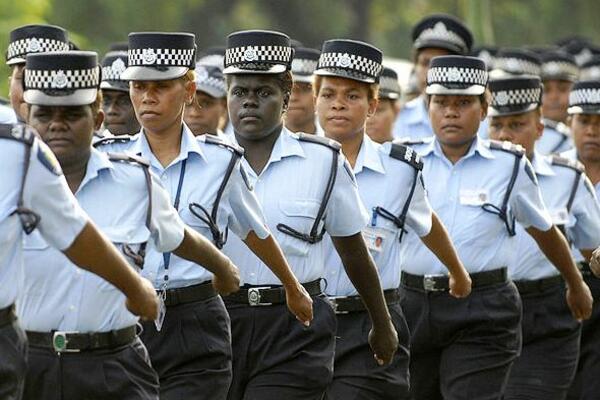 The OPMC said Mr. Dausabea should respect the applicants and allow the appropriate body to deal with the selection of the new police commissioner.
Source: Photo supplied
Share
Wednesday, 26 February 2014 09:33 AM

The OPMC was responding to unsubstantiated claims made by MMF president Charles Dausabea that Mr Kola has been earmarked as the Prime Minister’s top choice.

The MMF president stated earlier that the Prime Minister and his cabinet should “stop changing recommendations made from the Police and Prison Service Commission this time round.”

He said the first round did not work out not because of Araunisaka'a age but because Mr Kola did not get the job.

But in response, the OPMC said they are disappointed that MMF has again interfered with the selection process.

“OPMC is disappointed that the process is being tainted and names of shortlisted candidates leaked out to the media by MMF,” the statement said.

It said the public should question how Mr Dausabea got this information first, even before the recommendations reached the Prime Minister.

The statement said such information should be confidential and the OPMC is concerned that individuals and groups are attempting to interfere with the process once again.

“That is the kind of interference Mr Dausabea and his comrades at MMF did with the bechedemer case which ended up being thrown out by the courts,” the statement said.

The statement stressed that Mr Dausabea clearly had already expressed his dislike of an Australian leading the force and now he has shown the same by throwing Walter Kola in the same mix.

“Whilst their accusation of the PM’s preference of Kola holds no ground, Mr Dausabea and his cohorts have already made their preferences known by publicly opposing the Australian candidate and attempting to tarnish Kola’s chances and this is very ridiculous,” the OPMC said.

The OPMC said Mr. Dausabea should respect the applicants and allow the appropriate body to deal with the selection of the new police commissioner.

“We urge the MMF and other groups to respect the process of the selection of the new police commissioner and not to publicly discredit other professionals who have applied for the position,” the OPMC said.