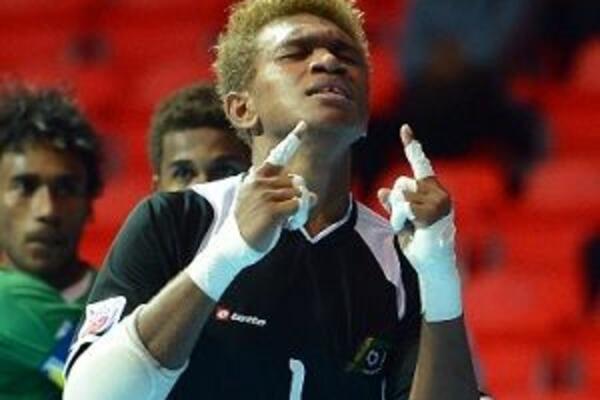 One of the notable inclusions is goalkeeper Anthony Talo who already has national caps to his name with the Solomon Islands futsal and beach soccer squads.
Source: boxscorenews.com
Share
Thursday, 06 February 2014 08:17 AM

The Solomon Islands Football Federation is casting the net wide in the build-up to the OFC U-19 Championship in May calling together a training squad of 56 young players.

While SIFF are yet to confirm their participation in the event due to the federation being in a state of normalisation, if a decision is made to enter a team they want to be as prepared as possible.

The training squad which has been named is a mix of former LEARN & play players and current Telekom S-League players.

One of the notable inclusions is goalkeeper Anthony Talo who already has national caps to his name with the Solomon Islands futsal and beach soccer squads.

The Solomon Islands last appeared in this age category in 2011 when the competition was held in New Zealand. The side finished second that year, behind the hosts.

The OFC U-19 Championship is scheduled for May 2014 in a yet to be determined venue.

The tournament serves as the qualifier for the FIFA U-20 World Cup 2015 which is being held in New Zealand and with the Kiwis automatically qualifying as hosts one of the remaining Member Associations is set to make their U-20 World Cup debut come 2015.