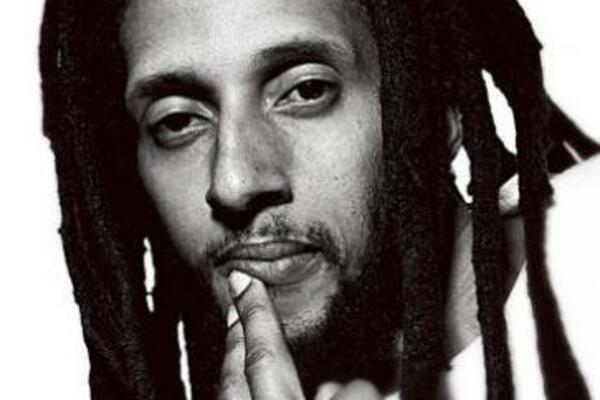 What reggae means to a majority of us Solomon Islanders is synonymous with Bob Marley. Julian brings a similar sound to his father’s music maintaining comparable messages and good vibes.
Source: http://themusic.com.au
By Millicent Barty, Rebelle Inc
Share
Monday, 23 December 2013 08:42 AM

2014 marks an important year for our nation. With numerous events planned out for 2014, Rebelle Inc is proud to present, Julian Marley – the son of Reggae Royalty, Bob Marley and the Uprising band, in the inauguration of the ‘Iumi Wan Festival’ on the 8th of January 2014.

The fully fenced festival will be held at S.I.N.U Panatina Rugby Fields and gates open at 2:00PM.The ‘Iumi Wan Festival’ with it’s theme: ‘Wan Pipol, Wan S­olo, Wan Love’ aims to promote unity, peace and harmony within our nation and advocate towards a unified Solomon Islands. And who better to declare the commencement of this social revolution but the son of Bob Marley, a legendary household name respectfully reputable for nurturing peace, love and harmony through music.

Julian Ricardo Marley (a.k.a Juju Marley) received a Grammy nomination for his latest album “Awake” (2009) which features popular songs such as “Awake”, “Boom Draw” and “On the Floor”. Julian has also accomplished two other albums, “Lion in the Morning” (1996) his debut album, and “A Time and Place” (2003), his second.

What reggae means to a majority of us Solomon Islanders is synonymous with Bob Marley. Julian brings a similar sound to his father’s music maintaining comparable messages and good vibes.

Constantly touring internationally, earlier this year (6 January 2013), Julian’s performance in Dhaka, Bangladesh, the artist received astounding reviews as far as, “those who have seen Bob Marley's stage performances on Youtube or in DVDs will be surprised to see Julian's striking resemblance with his father during live performances. Julian not only sings or moves like his father, he gets a line-up of around ten musicians that was an ideal number for Bob's live performances”, stated by the Bangladeshi Daily Star.

Rebelle Inc excitingly describes the proposed daytime festival as, “having a family fun day feel with many carnival style games, food stalls, entertainment by cultural groups and more!” Also performing, the opening act before Julian Marley is our local sensation, the 2011 and 2012 ‘Solo Artist of the Year’ award winning, JAHBOY.

Security and safety of the public is the most important factor for Rebelle Inc. “We have already had a successful meeting with the Acting Police Commissioner and the Deputy Commissioner, whom support the initiative of this festival and have provided assistance towards the planning of the festival. We also have employed a professional chief security officer with extensive experience in events and private security who led a team of over 800 security personnel for a Keith Urban show that had over 20,000 people. He will be managing and coordinating several security firms with the police for this event and so we believe this will be one of the best and safest organized large private events”.

Tickets are now available for purchase in various allocations in town: Honiara Hardware, PAOA FM, BBQ King, Heritage Park Hotel, Mambo Juice, which are valued at SBD$150.00. Rebelle Inc’s organizing committee stresses that, “although we wish to lower the value of tickets, it is of great importance that we ask the public to support and share the same feelings in understanding that, it is an expensive exercise to bring in Julian Marley and to organise the whole event. We hope that as the “Iumi Wan Festival” grows and becomes an annual gathering with more sponsors, constraints such as price will improve.”

Nonetheless, Rebelle Inc wants to give something back to the community by allowing all children (under the age of ten years old and accompanied by an adult) to have free entrance. Also a percentage of profits will be donated to selected organizations and established charities who are striving towards the same initiative.