Chicken Wars and the Retail Cartel! 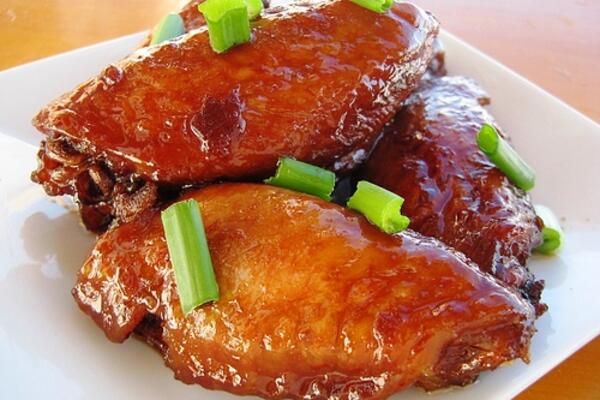 The drop was not just sudden, it was unexpected, and with historically high prices families in Honiara could now afford to have chicken for dinner, and not just on “special occasions.”
Source: Photo supplied
Share
Wednesday, 02 October 2013 11:24 AM

Imported poultry prices — primarily those of chicken wings and cuts — are marching south.

A few weeks into August a 2 kilo pack of chicken wings was retailing between SB$50-SB$55 in the city - a drop of nearly 45%.

The drop was not just sudden, it was unexpected, and with historically high prices families in Honiara could now afford to have chicken for dinner, and not just on “special occasions.”

Retailers attribute the sudden drop in price to excess supply, bulk of which comes from Australia and New Zealand.

“There are now more people importing chicken, in the past there was just three main suppliers, now you have well over eight suppliers,” said Xui Li Ting, a shop owner in Rove.

He says with the increased amount of importers, people can now enjoy lower chicken prices “because prices are no longer dictated by a few importers.”

He said for other goods, it will take time, since, he alleges, “it operates like a cartel.”

“I only came here three years ago, and what I notice in the retail industry is that most of the shop owners bulk order through one or two importers and than they distribute at a set price,” said Mr Ting.

Mr Ting says that the prices most people pay are set by these importers, and they continue to do so until today.

“I am telling you this because I find it unbelievable; it is unfair for people like me who cannot join this group of people who get good prices from these importers...and you people will always pay high prices.”

He says that these importers can do this because they are often the sole distributors of such goods.

“So they go overseas and secure such deals, so no one else in the Solomon Islands can import such goods from suppliers overseas.”

A source within the price control unit (PCU) says he agrees with what Mr Ting says, so it is not fair to blame them for the price of goods.

“We can only make recommendations to the government when prices on essential items, such as food or oil, are rising rapidly,” he says.

“I think it is now time to set up an independent commission on competition, who can make enquiries and also take appropriate actions and measures (known as remedies) following inquiries which have identified competition problems.”

“The low price of chicken is because of competition, but it might be temporary since there are bigger forces at play, so we need a government enquiry into the retail industry...and I hope it could result in an independent commission on price and competition.”