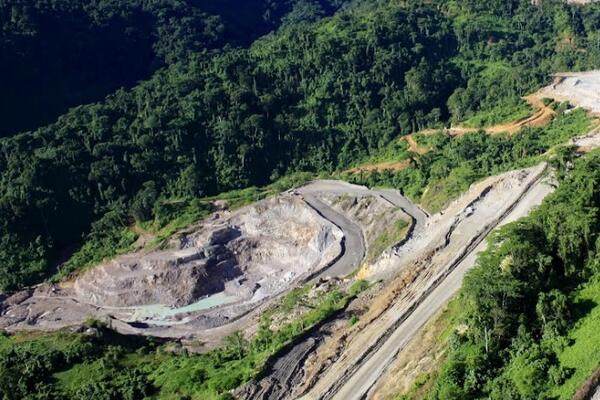 Landowners have welcomed the Report, stating that it should result in the prosecution of those involved.
Source: Nicolas Gruszka
Share
Wednesday, 25 September 2013 10:12 AM

Welcoming the Report in a brief official ceremony at the Honiara hotel, Prime Minister Lilo says, he is pleased that the Report has very clear recommendations, in which the Government could assess and act on.

He says this demonstrates his Government's seriousness in “solving the Gold Ridge Royalty saga and the Report enables the authority to put efforts to ensure future embezzlement is prevented.”

He says the Report is the first step his Government has taken to regain the confidence of resource owners moving forward.

It is understood the Report focuses on the involvement of senior public servants within the Ministry of Mines and Energy, along with individuals acting as ‘middle men,’ in the disbursement of royalty payments made by the mining company operating at Gold Ridge.

The Permanent Secretary of the Ministry of Mines and Energy, Rence Sore, has been suspended by the Public Service Commission (PSC) pending an outcome of current investigations.

Landowners have welcomed the Report, stating that it should result in the prosecution of those involved.

“We do not want this Report to collect dust, we want some action by the government, but we are very happy with this outcome,” stated one landowner.

The Gold Ridge Mining operation was temporarily suspended during the height of the ethnic tensions. In September 2004, international tenders were called (conducted by the insurer and supported by the Solomons Government and Gold Ridge community) for the sale and development of Gold Ridge.