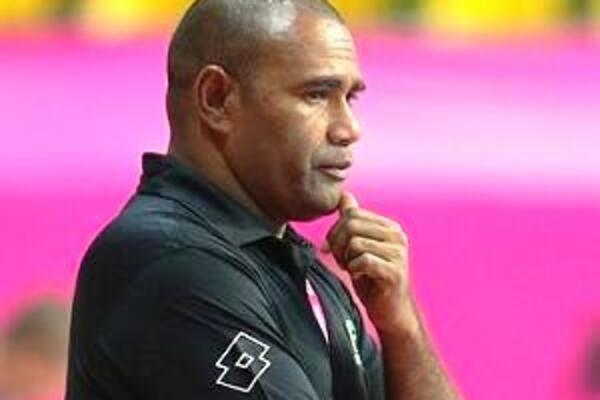 Kadau explains that the recall is based on a mutual acceptance that these players have matured after their ordeal and should be given another chance.
Source: Getty Images
Share
Wednesday, 26 June 2013 09:00 AM

After conducting training with a trial selection over the last three months Kadau feels confident enough to name a team to represent Solomon Islands. His line-up reflects an emphasis on experience rather than youth with the Kurukuru mainstays all getting a place. The only new inclusion this year is Atana Fa’arodo Jnr. who comes in for the injured Matthias Saru.

Interestingly, the trio that missed the 2012 FIFA Futsal World Cup are all back in.

Solomon Islands’ most exciting futsal player, Jack Wetney, along with Lenson Bisili and David Lafai, were suspended for breaking camp just before the World Cup in November.

Their inclusion will be good news for fans who lamented over their exclusion from the world cup but on the pitch they are expected to boost the Kurukuru in both defence and attack.

Kadau explains that the recall is based on a mutual acceptance that these players have matured after their ordeal and should be given another chance.

“They made a mistake which they paid for heavily so it is time for them to rejoin the team. I am sure that they still have lot to offer for futsal as players so this opportunity is given to them,” Kadau says.

There is, however, some doubt over whether Elliot Ragomo can travel with the team to New Zealand. The captain and leading goal scorer at the 2011 OFC Futsal Championship suffered an injury in the Honiara Futsal League earlier in the year and has not been training with the national squad.

Nevertheless, Kadau says that he has seen Ragomo playing recently with his local club and it looks promising that he will regain his former futsal prowess.

“Ragomo is a sticking point for our team because only a fitness test can determine whether or not he is fit to go. But in terms of his performance, I was impressed with the way he played with his club and I hope he can be cleared to travel with the national team,” Kadau says.

Ragomo was a star that did not shine for the Kurukuru at the World Cup due to injury and illness. Despite this, Ragomo, led his team to its first win at the FIFA Futsal World Cup and managed to score one goal.

The competition this year will feature eight teams including Australia and Malaysia from the Asian Football Confederation (AFC). The Oceania teams in the competition are New Zealand, New Caledonia, Tahiti, Vanuatu and Solomon Islands. The eighth and final team is yet to be named and will be an OFC invitational side.