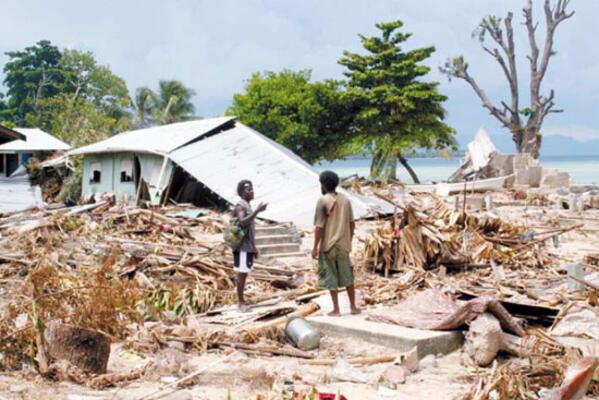 The Tsunami that happened in the Western Province was generated from an earthquake of the same magnitude.
Source: bom.gov.au
Share
Wednesday, 06 February 2013 12:41 PM

A Tsunami warning has been issued by local authorities after a magnitude 8 earthquake struck off the coast of Temotu Province in the Solomon Islands.

The large quake, which was originally believed to measure 6.3 magnitude, struck southeast of the islands, the US Geological Survey reports.

The shallow quake was only 5.8km deep and the epicentre was 347km east of Kira Kira in the Solomon Islands.

A tsunami warning has been issued for the south Pacific islands, by the Pacific Tsunami Warning Center in Hawaii.

People are currently advised to move to higher grounds as a precaution. The damages in Temotu are currenlty being assessed by the Disaster Office.