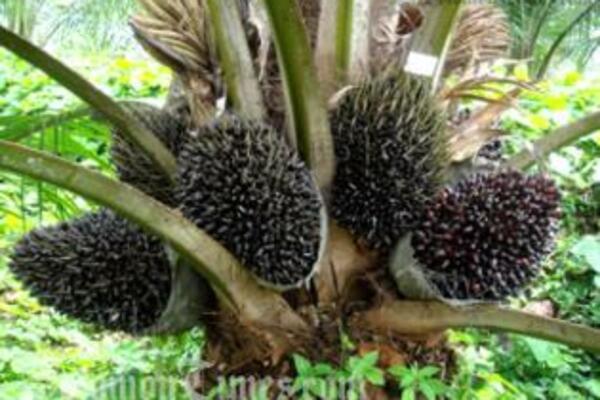 Its progress as a national development project may seem slow to Western eyes but for the past two years, officials behind the Auluta Basin Oil Palm Project have navigated through the contentious issue of landownership on the island of Malaita, Solomon Islands.

Like in other Melanesian countries, land ownership in the Solomon Islands continues to be a sensitive issue and one of the main stumbling blocks for development projects.

In early September, landowners from the East Kwara'ae and East Fataleka regions, the two areas that make up the project site, received perpetual estate titles from the Solomon Islands Ministry of Lands.

It marked the culmination of a drawn out process of land recording, surveying and registration where 6,875 hectares, out of the project's 10,250 hectares of land, were registered to landowners.

Manasseh Maelanga MP, who is also the country's Deputy Prime Minister, was one of the recipient landowners. For him, the event marked the success of a landowner driven initiative-where resource owners have opened up their land to the government for development.

"It's time for us in Malaita to come up and develop our lands to benefit the people of Malaita and the people of Solomon Islands. We've reached a milestone in the history of Malaita, it's a significant achievement because it sets an example for people in the country, when it comes to dealing with land issues, as we ourselves have straightened our own land for development," Maelanga told a landowners congress in Malaita's provincial capital, Auki in September.

The plan is that once all the land is registered, the government will follow with the development of infrastructure on the site before landowners lease out the area to investors interested in taking on the business of establishing and managing an oil palm plantation.

While consecutive governments have highlighted Auluta Basin as a major development project for the Solomon Islands, the project has been overshadowed by landownership issues.

"Land is not easy to deal within Malaita and Solomon Islands. Land is dear to all of us," said the Special Secretary to the Prime Minister, Phil Tagini.

"Many people have claims to land. It is therefore necessary that ample time is given to resolve land recording. To expect land recording and issues to be resolved easily is to ignore the fact that land is a complex issue. What is important is to acknowledge the achievement so far. Many people have been patient with the system. We have almost reached the end of this rather laborious and time consuming task."

For government officials, Auluta Basin has set the pattern on how development projects could be approached in the country, as a partnership between the government and landowners.

The Auluta Basin concept was first drawn up in 1977 by the local area council and then endorsed by the Malaita Provincial Government in 1989.

Following the ethnic conflict, the project was endorsed in the Townsville Peace Agreement as vital for rehabilitation and as a means of promoting economic development in Malaita.

The majority of migrant workers in the palm oil plantations on the island Guadalcanal at the time of the conflict, were from this area and had been displaced.

In 2007, the Auluta Basin Oil Palm Project was formally launched and in 2009 a ground breaking ceremony was staged along with the first landowners congress.

Situated in Solomon Islands' highest populated province, the Auluta Basin project has major national implications-its operation would provide much badly needed employment for the people of Malaita and the region's eastern area.

"This is a golden opportunity for the people of East Malaita. For long we've missed out on development, this is our chance," said the President of the East Fataleka Resource Owners Association, Ronald Fugui.

With a projected decline in the logging industry, Auluta's potential as a development project has become even more important, says the Special Secretary to the Prime Minister, Phil Tagini.

"Some years back, Auluta Basin was a priority, but now there is some urgency to start the project. This is in line with the government's desire to expand the economic base...this has now become necessary due to the declining returns on round logs and the continued reliance on a limited number of export products."
With most of the land settled, landowners now want the government to stay true to its commitment and move ahead with the next phase of the project which is infrastructure development.

"In 2007, we willingly allowed our land to be acquired for national projects although we went through some hiccups but resource owners are quite willing. Here we are, the ground breaking is done, what's next? How long will we wait?" asked Fugui.
The Minister of Agriculture and Livestock, Connelly Sandakabatu, whose ministry is responsible for progressing the project, says resource owners and the government need to work together for the second stage of the project.

"Now that land recordings and registration have been accomplished in some areas, I am pleased to inform you all that my ministry has made provisions in its 2013 budget submission for the establishment of road infrastructure in targeted strategic areas."
For the Prime Minister's Office, the next stage of development would be about taking a wider government approach to boosting development in Malaita, by linking the infrastructure work at Auluta to the Faumanu Development Project, a proposed economic growth centre.

"The NCRA government believes it is essential to link centres of development together in order to maximise the use of government facilities such as roads, telephone networks, hospitals, markets and other facilities. In that regard, government will work towards integrating these development centres," said Tagini.
Beyond infrastructure, the biggest challenge ahead says government officials will be to attract a credible oil palm investor wanting to do business in the Solomon Islands.

In 2012, a technical report for the Malaysian Oil Palm Board found the area was suitable for 5000 hectares of oil palm plantation, with a start-up mill producing 10 tonnes of oil every hour-with the potential area to provide services such as schools, hospitals and other services to support plantation workers.

The Permanent Secretary for Agriculture, Frank Wickham says an investor would be sought directly or through an international tender process.

"The government will use its various ministries to promote and attract investment in the project area in close consultation with the two tribal trust boards and the Malaita Provincial Government."