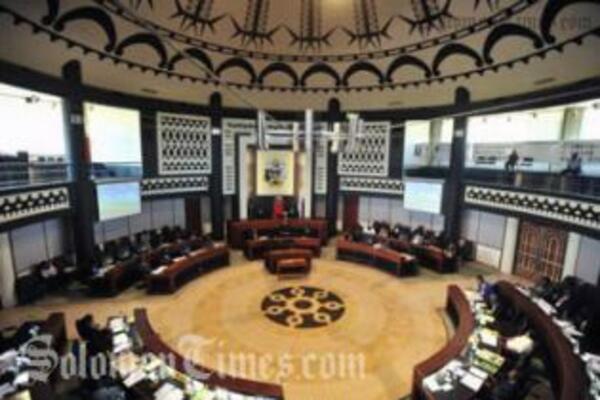 Since this will be the first sitting of the year, many interesting issues are likely to be discussed in this sitting.
Source: ramsi.org
Share
Tuesday, 04 September 2012 12:15 PM

The Solomon Islands National Parliament will meet for the first time this year on September 14th.

The date of the sitting was announced over the weekend through a service message by the National Radio Broadcaster. This was confirmed after Prime Minister Lilo consulted with the Attorney General.

Prime Minister Gordon Darcy Lilo had rescheduled the parliament meeting date for September 14, due to the Parliamentary requirement of a fourteen day notice. It was initially announced for September 13.

Meanwhile, there are also rumors that Prime Minister Lilo will face a Motion of No Confidence during this sitting.

Apart from listening to substantive issues expected to be raised during this meeting, Solomon Islanders only hope for the best for the country.