Fa'arodo to Continue as Captain 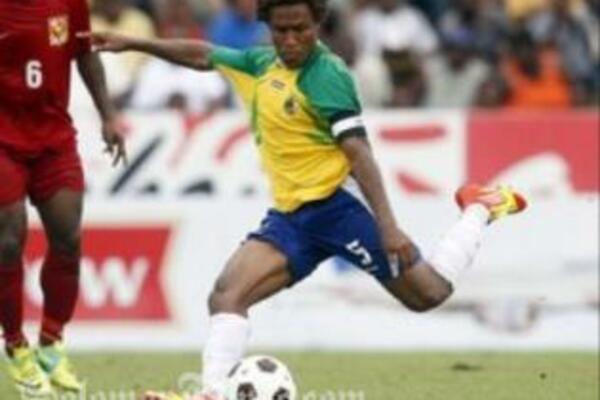 Fa'arodo says he is proud to simply be included in the squad once more and that the opportunity to lead the side in such an important tournament is an immense honor.
Source: boxscorenews.com
Share
Friday, 31 August 2012 13:56 PM

The country's most-capped player, Henry Fa'arodo, will continue his reign as captain of the Solomon Islands after being re-appointed to the role this week.

The midfielder, who has featured in over 20 FIFA World Cup qualifying matches over the past decade, was confirmed as skipper of the Bonitos squad by technical adviser Laurent Papillon and he will pick up where he left off after also wearing the armband during the OFC Nations Cup in June.

Fa'arodo says he is proud to simply be included in the squad once more and that the opportunity to lead the side in such an important tournament is an immense honor.

"I am very happy to be called into the national team again as it is the greatest pride for any player," he says.

"But taking on this responsibility has made me feel humbled and energised about our objectives for this campaign. For me, this is about leadership both on and off the field and I will do my best to keep this team focused on our goals.

"The dream is to be in Brazil in 2014 and this is where we need to start proving to ourselves that we can achieve that."

Fa'arodo returned to Solomon Islands last week from New Zealand - where he is in charge of junior development at South Island club Nelson - for national team trials and is considered a key player by the selectors.

"Fa'arodo is a fundamental part of this national team," Papillon says.

"We are very fortunate to have had him train with us since last week. He is worthy of the captaincy because he is an accomplished player."

The former Koloale star debuted for the Bonitos in a 3-2 loss to Tahiti in 2002 and will face the same opponents as Solomon Islands begin Stage 3 of Oceania qualifying for the 2014 FIFA World Cup at Lawson Tama Stadium in Honiara on September 7.

Tahiti will be a tough nut to crack after winning the Nations Cup and, having faced many adversaries over nearly 40 caps for the Bonitos, Fa'arodo describes the francophones as one of the most difficult sides to face.

"Getting a win against Tahiti for the overall picture is the primary goal but, at the same time, beating them will help dispell some tough memories from the past," he says.

"I wouldn't call it revenge but I know the whole team wants to be on the right side of the scoreline. We are all looking forward to the game and to doing our best."