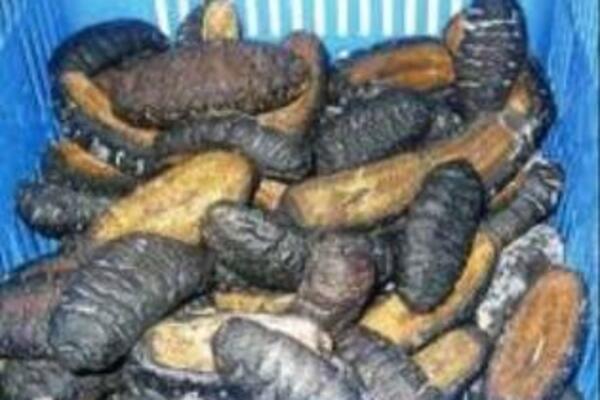 The Court found no evidence to link their intention to purchase and in possession of bechedemer for the purpose of export during the banned period.
Share
Friday, 31 August 2012 13:22 PM

The two Asian businessmen charged with being in illegal possession of bechedemer with intention to export were acquitted of the charges against them by the Solomon Islands Magistrate Court.

Frank Sheng Song and Sam Xian Wei were released after the Court found no evidence to link their intention to purchase and in possession of bechedemer for the purpose of export during the banned period.

Principal Magistrate Jim Seuika said under section 13-A of the Fisheries Regulation, the sole evidence of in possession is not enough to convict both accused on the charge.

Meanwhile, in a recent turn of events, about a hundred bags of bechedemer were voluntarily surrendered to the Ministry of Fisheries this week as well.

The bags have an estimated value of around $4million Solomon Islands dollars.

Reports stated that the bags were surrendered by people from Ontong Java in the Malaita Outer Islands.