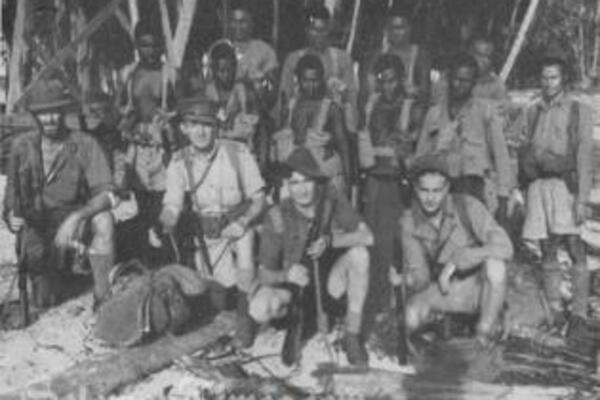 The Coastwatchers became legendary figures in the South Pacific war, living for months in enemy-surrounded jungle, subsisting on what they could find, and operating on their nerve.
Source: ibiblio.org
Share
Monday, 13 August 2012 09:04 AM

The President of the United States, Barack Obama, has praised the Solomon Islands Scouts and Coastwatchers who served during the World War II battle in Solomon Islands.

A letter from the President was brought to Solomon Islands by the US Ambassador Teddy Taylor during the unveiling of the "Honor Roll" Plaque last week.

The Plaque contained the names of Solomon Islands Scouts and Coastwatchers during the commemoration of the 70th anniversary of the World War II in Honiara.

President Barak Obama, in is letter said the work of the Scouts and Coastwatchers must be ensured that their legacy is preserved for future generations.

The President said the commemoration of the 70th anniversary of this crucial campaign recalling its success owed much to the critical intelligence provided by the Coastwatchers and the Solomon Scouts.

He said the landing of the United States Marines on Guadalcanal on on August 7, 1942 marked the beginning of the audous journey to victory in the Pacific theatre, were it not for the brave Americans, Solomon Islands and other Allied Forces who fought side by side during the Battle of Guadalcanal, history might have looked very different.

The Monument Trust Board is extremely pleased that the President has praised the Scouts and Coastwatchers.