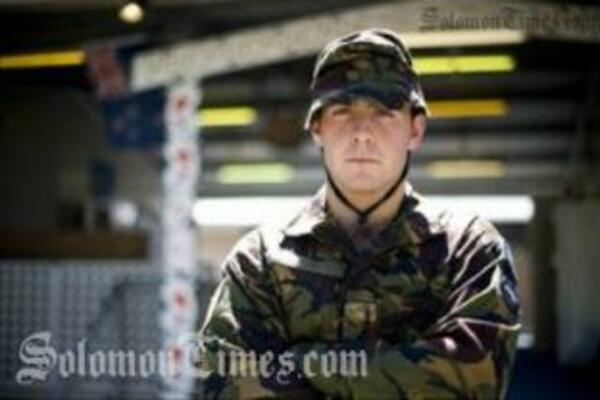 Private Hunt-Irvine said the biggest challenge of the deployment was dealing with the heat.
Source: starcanterbury.co.nz
Share
Friday, 03 August 2012 09:33 AM

The former Christchurch Boys' High School student, who is based at Burnham Military Camp, said one of the highlights of his deployment was a training patrol to Savo Island, one of the outer islands.

"The jungle training was good, we got some good training out of it. It was real hot and humid,'' he said.

"Savo was real good too, stopping off at the villages and chilling out with the locals and the kids, it was real cool."

Private Hunt-Irvine said the biggest challenge of the deployment was dealing with the heat.

"The hardest part has been acclimatising, I still get ridiculously hot even after being here for four months. I'm still not used to it.''

It was his first deployment.

"It's been good. I was so looking forward to it. It's been great to get the experience of being on a deployment.''

Private Hunt-Irvine was looking forward to seeing his family and catching up with friends. He now has a baby sister who was born while he was on deployment.

The mission in the Solomon Islands has changed significantly since the Defence Force first assisted the mission in 2003.