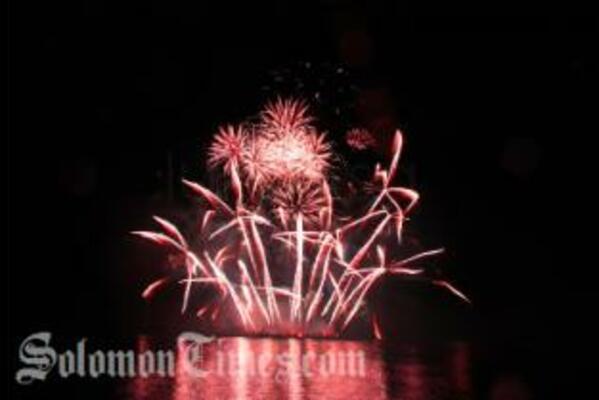 The Festival of Arts opening began on a high note, but the public remain outraged over the Master of Ceremony.
Source: Luk Piksa - Facebook
Share
Wednesday, 04 July 2012 10:36 AM

The Solomon Islands Office of the Prime Minister and Cabinet says it shares the concerns of the public over the behaviour of the Master of Ceremony for the Festival of Arts opening on Monday.

The Master of Ceremony, Mr.Johnson Honimae, caused wide outrage over his snide and offensive remarks during the opening ceremony.

The Office of the Prime Minister said it is liaising with the Ministry of Culture and Tourism as well as the FOPA National Organizing Committee for a thorough explanation on the behaviour of the master of ceremony.

A statement from the Prime Ministers Office says whilst the government knows that Mr. Honimae is a reputable professional, some of his public comments during the official opening Monday evening were regrettable.

The statement says the government is recommending to the Ministry of Culture and tourism and the festival national organising committee to appoint a new master of ceremony for the closing ceremony.

"His remarks on that night were unprofessional, irrelevant and uncalled for! He has brought nothing but embarrasement for the general public, especially when he made comments towards the smaller Pacific Islands and our people from the Provinces," says a member of the general public who attended the show.