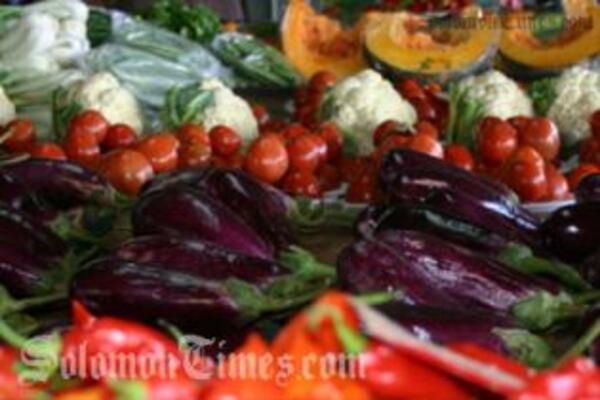 Countries wish to increase crop production for food security and trade but must first they must overcome production challenges such as pests and diseases, which constrain the production of marketable produce.

Fiji's Minister of Primary Industries, Joketani Cokanasiga, opened the meeting, which is being organised by the Secretariat of the Pacific Community (SPC). Participants attending the meeting are members of the Pacific Plant Protection Organisation (PPPO), which is mandated to provide advice on phytosanitary measures in order to facilitate trade without jeopardising the plant health status of the importing members and countries. PPPO is one of nine Regional Plant Protection Organisations recognised by the International Plant Protection Convention.

The same consultation will also function as the Regional Technical Meeting on Plant Protection (RTMPP), which comprises primarily plant protection officers. The two bodies have for a long time guided the work of plant protection, biosecurity and trade facilitation agencies in Pacific Island countries and territories (PICTs), both at the policy and operational levels. Priority issues PPPO members will discuss and finalise include the Strategic Development Framework, and the Business Plan which will identify sustainable funding sources for the operation of the Secretariat. Another important issue members will discuss include formalising standards setting procedures.

Most PICTs are parties to various trade agreements and arrangements; thus it is imperative that PPPO continue to ensure that biosecurity requirements of member countries comply with international standards to facilitate regional and international trade. PPPO, which also counts Australia and New Zealand as members, assists PICTs in the development and implementation of effective and justified phytosanitary measures. In addition, PPPO strengthens the capacity of member PICTs to monitor and manage insect pests that pose a particular threat to trade, such as fruit fly, invasive ants and giant African snail.

SPC is the secretariat to both PPPO and RTMPP. SPC has a long history of providing plant protection technical advice to Pacific Island countries and territories, beginning in the 1950s, when entomologists and plant protection officers were based in Noumea. They later relocated to Suva, Fiji.

The Biosecurity and Trade Facilitation team of SPC's Land Resources Division is coordinating the meeting. AusAID-funded Pacific Horticulture and Market Access (PHAMA) Project is helping co-fund the PPPO meeting which ends this Friday. The group will be special guests when they visit the Trade Pasefika 2012 Show currently held at Sheraton Denarau.