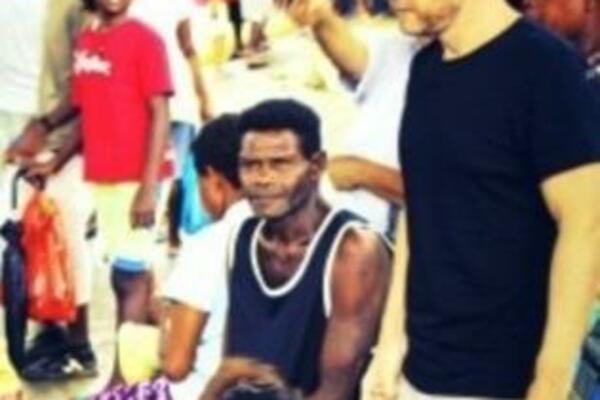 Solomon Islanders are angered at statements made by Gary Barlow, former Take That singer, in a recent media interview about his visit to the Solomon Islands.

In the interview Mr. Barlow said that he was ambushed "by a mob of men armed with bows and arrows and spears."

It was in fact a traditional welcome by tribesman in rural Solomon Islands - all dressing up for the event.

Gary said in the interview: "We were all white men and there were only eight of us."
"I really did think, 'They've taken us all this way up the river and they could kill us and eat us alive and no one would know'."

The Sun ran a huge front pager with a headline that read, "I thought spear wielding cannibals were going to eat us."

"I find this sort of misconceptions very distasteful," said Tony, a Solomon Islander living in London, in an e-mail to Solomon Times. "It reinforces the sick misconception in the developed world that countries like us still have man-eating savages while the rest of the world has moved on."

"It is disappointing to hear that, we made a lot of effort to show him the beauty of our country, the diversity...and all he could talk about was that he was scared we might eat him," said one of the organizers that took Gary's entourage into rural parts of the country.

"In fact one of our Members of Parliament was one of those dressed in traditional attire there to welcome him to his constituency, so that was the level of arrangement we made for him."

The Take That singer and X Factor judge was on a tour of various Commonwealth countries seeking inspiration for the official Diamond Jubilee song.