Claims of Doomsday Earthquake a Hoax 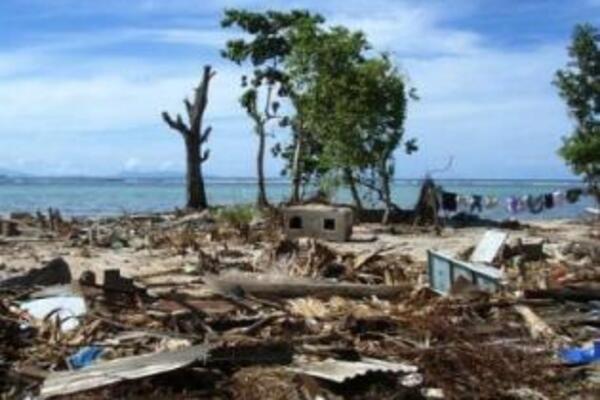 Many in the Gizo township have not fully recovered from the devastating earthquake and tsunami of 2007.
Source: STO Archives
Share
Wednesday, 21 March 2012 08:11 AM

The National Disaster Management Office (NDMO) has dismissed rumors circulated by an unknown group that claim a massive earthquake of "biblical proportion" will hit Western and Choiseul Province later this week.

The group also claims that a monster tsunami will be generated by the earthquake which would wipe out much of the Western Province.

"All I know is there is a group currently circulating the rumor, claiming it is a divine intervention for those who choose to listen," said a source in Gizo, Western Province.

"So far what we know is this group is not part of any religious denomination, just a loose group of people who claim to have divine insight into the natural world.

"They claim that humans can learn a lot from the animal kingdom, who give great insight into natural phenomenon such as earthquakes."

The group claim that based on their "unique insight" they predict that the earthquake will strike at an unknown location tomorrow afternoon or early Friday morning and warned of "serious consequences to those who ignore their warning."

But the NDMO says these rumors are all a hoax by a group seeking attention.

"One must understand that despite considerable research efforts by seismologists, scientifically speaking, earthquake predictions cannot yet be made to a specific day or month," said a spokesman for the NDMO.

"People should not listen to any person or group that has no scientific training but claim that they have found the solution to the earthquake prediction problem, there is simply no such thing."