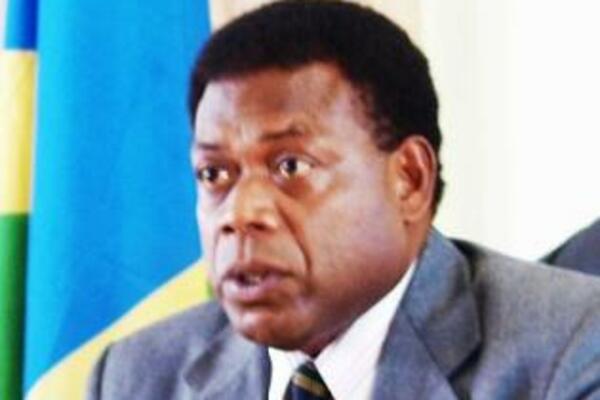 "The only solution is for the police to confiscate the illegal stockpile of beche-de-mer and sell them off for the state," said Dr Sikua.
Source: STO Archives
Share
Thursday, 15 March 2012 08:03 AM

Opposition Leader Dr Derek Sikua is calling on the police to investigate what he describes as "serious allegations leveled against the government and certain elements in the police."

Dr Sikua is also urging the Minister for Fisheries and Marine Resources, and his ministerial technical staff, to stand firm on the beche-de-mer ban and not bow down to "undue pressure from the outside."

His call follows the exposure by the Island Sun Newspaper of certain elements within Government said to be colluding with a wide network to export almost 200 tonnes of beche-de-mer - worth close to SBD$30 million. This is in direct defiance of the ban imposed on the harvesting and exportation of the marine commodity.

"If government lifts the ban it would confirm what was said in the media about the illegal trading of beche-de-mer and the reshuffling of the Member of Parliament for East Guadalcanal, Bradley Tovosia from the Ministry of Fisheries and Marine Resources because of his defiance to lift the ban," said Dr Sikua.

Dr Sikua said the Opposition is aware of the possible involvement of two very senior police officers in the beche-de-mer saga and is concerned that this might jeopardize the Opposition's call for the police to investigate the matter.

"The only solution is for the police to confiscate the illegal stockpile of beche-de-mer and sell them off for the state," said Dr Sikua.

Dr Sikua says that in the interest of good governance and public confidence it would be important for the police to also conduct an in-house investigation.