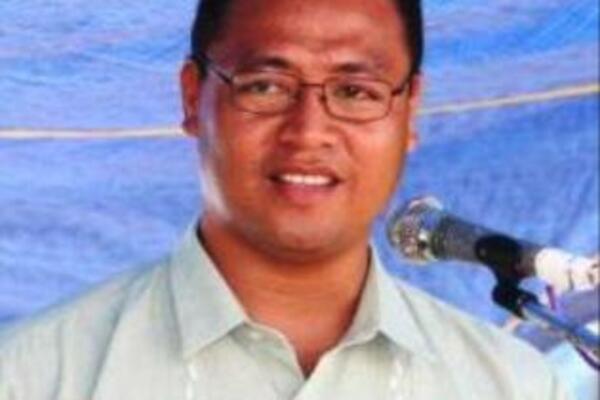 Temotu-Vatud Member of Parliament Clay Forau Soalaoi has been reshuffled from the Police Ministerial portfolio and has been sworn in as Minister for Foreign Affairs and External Trade.

He was sworn in by Governor General Sir Frank Kabui at the Government House at 4pm yesterday afternoon, along with two other parliamentarians.

Mr Forau was first elected to Parliament, representing the Temotu Vatud constituency, at the 2006 general election, in April. He successfully retained his seat in the August 2010 general election, in which he stood as a member of the People's Federation Party. He was subsequently appointed Minister of Police.

On November 9, 2011, he resigned and joined the Opposition, as part of a mass defection which brought down the Philip government two days later. Gordon Darcy Lilo replaced Philip as Prime Minister on November 16, and reappointed Forau to his previous position five days later.

While this new round of reshuffling fills the two vacant ministerial portfolios within the NCRA government, the Public Service Ministry and the Police and National Security Ministry are now without a Minister.