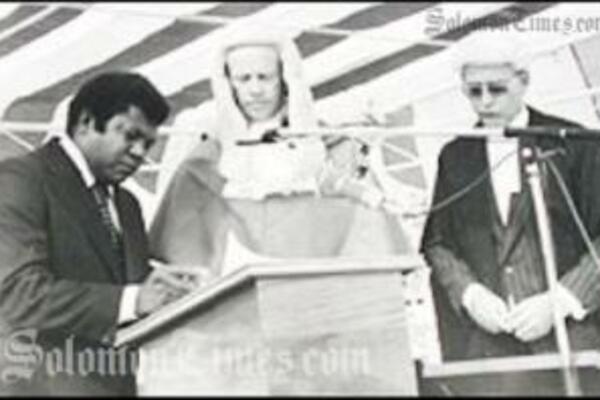 Sir Baddeley served as the first Governor-General of the Solomon Islands for two consecutive terms.

Leading up to the coup, he had strongly recommended to the Australian and New Zealand High Commissioner that they send peacekeepers. He encouraged election observers to ensure an orderly formation of a government after the 2006 election.

As a leader during independence, he has criticized Britain for its lack of preparation for the handover of autonomy, which he believes led to the political crises the Solomons suffered.

Sir Baddeley graciously retired from politics after the unfortunate ethnic conflict, an act admired by many as he could have easily won the elections. Many say that he recognized the need to allow new leaders to participate in politics, an example of the kind of leader he was.

Many will remember Sir Baddeley as a dignified leader, one of the founding fathers of modern Solomon Islands.