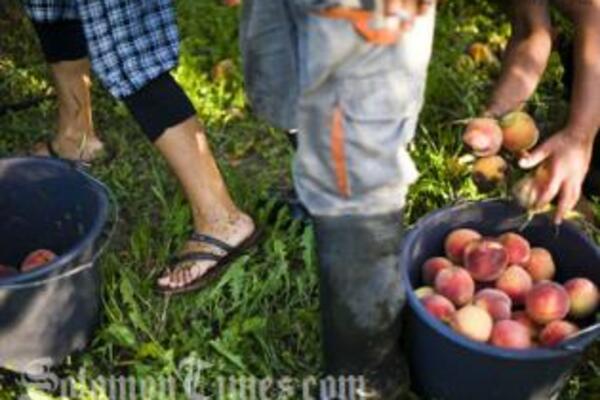 "Solomon Islands and Australian officials are still working on the draft Memorandum of Understanding, MOU, and this is just the first of a series of steps," said Mr. Sisilo.
Source: Photo supplied
Share
Thursday, 13 October 2011 07:36 AM

Solomon Islanders have been warned to look out for individuals or groups who claim to be recruitment agents under Australia's planned Pacific Seasonal Worker's Pilot Scheme.

Permanent Secretary of the Ministry of Foreign Affairs and External Trade, Robert Sisilo, has confirmed that no one has been granted the license to recruit.

"People must not give them money as these are fraudulent activities," said Mr. Sisilo.

The warning comes amidst reports that some people are going around, particularly in Honiara, claiming to be recruitment agents for farmers in Australia and collecting money as fees from those interested.

"Solomon Islands and Australian officials are still working on the draft Memorandum of Understanding, MOU, and this is just the first of a series of steps," said Mr. Sisilo.

"Once the MOU is concluded officials will work out the details for the movement of workers from Solomon Islands to Australia and back."

Mr. Sisilo says the details will include the issuance of license for recruitment agents.

"For now if anyone purports to be an agent it is nothing more than a scam," said Mr. Sisilo.