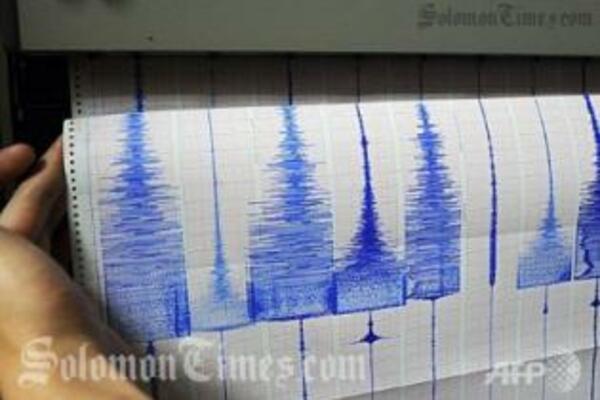 So far no damages have been reported, although an assesment of outlying villages on Guadalcanal will be made.
Source: AFP
Share
Thursday, 26 July 2012 06:59 AM

The tremor, which was just 22 kilometres (14 miles) deep, had its epicentre on the south coast of the island of Guadalcanal, 39 kilometres southwest of the capital Honiara.

The US Pacific Tsunami Warning Center issued an information statement saying: "Based on all available data, a destructive Pacific-wide tsunami is not expected."

The Solomon Islands form part of the Ring of Fire, a zone of tectonic activity around the Pacific Ocean that is subject to earthquakes and volcanic eruptions.

So far no damages have been reported in Honiara, although an assesment of outlying villages on Guadalcanal will be made.

In 2007, a tsunami following an 8.1-magnitude earthquake killed at least 52 people in the Solomons and left thousands homeless.