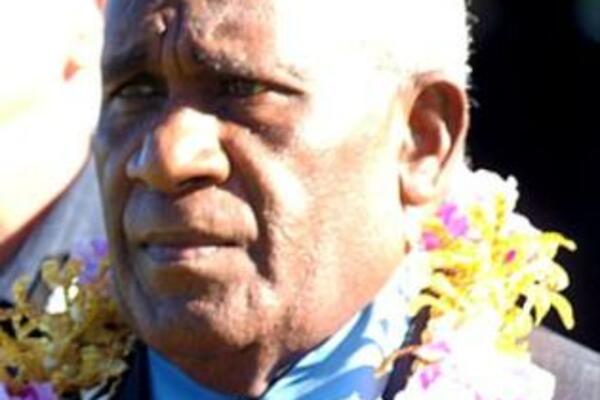 The Private Secretary says there is a pattern of disrespect by RAMSI police officers for the office of the Governor General of Solomon Islands and no amount of past apologies seems to work for them.
Source: STO Archives
Share
Tuesday, 06 September 2011 08:33 AM

The Government House says it is disappointed over how RAMSI Police Officers carried out an advance security check at the Governor General's premises last Thursday.

A statement from the Government House Private Secretary, Nigel Maezama says the security check was carried out ahead of the United Nations Secretary General's visit over the weekend.

He says the RAMSI police personnel arrived in two vehicles "without notifying the Government House before their check and also did not stop at the Guard House."

He says upon arrival, the officers rushed towards the front door to the residence of the Governor General to open the door when they were stopped by the Aide de Camp.

Mr Maezama says the other officers entered the premises of the Governor General without permission.

He says this is not the first time RAMSI police officers showed disrespect to the office of the Governor General, adding that the same treatment was also done during the term of two previous Governor Generals.

The Private Secretary says there is a pattern of disrespect by RAMSI police officers for the office of the Governor General of Solomon Islands and no amount of past apologies seems to work for them.

RAMSI says it deeply regrets that its personnel have not provided prior notification of the security assessment for UN Secretary-General Ban Ki-moon's visit.