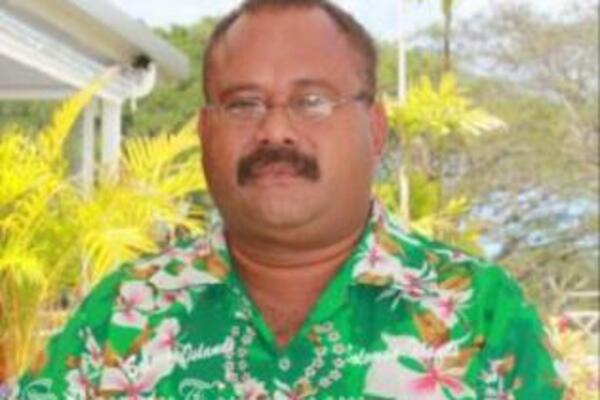 Minister of Culture and Tourism, Hon.Samuel Manetoali signed the agreement with his Vanuatu counterpart.
Source: pmc.gov.sb
Share
Thursday, 25 August 2011 08:02 AM

The Governments of Solomon Islands and Vanuatu has signed a Memorandum of Understanding (MOU) last week to open a trade link between Vanuatu and Solomon Islands' Temotu Province.

Minister of Culture and Tourism Hon Samuel Manetoali and his Vanuatu counterpart signed the MOU in the presence of Temotu Premier Fr. Brown Beu and delegation during a visit to Port Vila last week.

Mr Manetoali said under the MOU both countries are willing to open up a trade link on the areas of tourism, cultural artifacts, fisheries, cocoa and airline services.

He said Vanuatu and Temotu province are both happy and have assured each other to work together towards fulfilling the agreement.

He said to reciprocate the visit; a delegation from Vanuatu will travel to Honiara at the end of year to revisit the agreement.

Mr Manetoali said the Prime Minister of Vanuatu have expressed to him that the trade links is an overdue thing that should have done already.

He was included in the delegations to give him an opportunity to look and learn as Western province is a potential tourism destination.