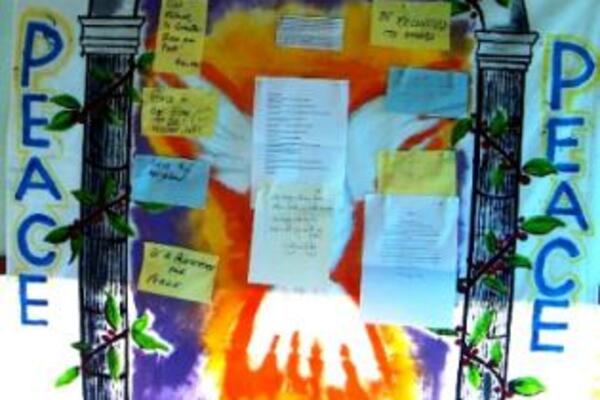 Following a year of UQ-led field research and workshops, a 'Framework of Engagement' for building peace and order in the Solomon Islands has been developed.

Solomon Islands Deputy Prime Minister Manasseh Maelanga launched the framework, which is a culmination of work carried out by a research team from UQ's School of Political Science and International Studies.

The project titled 'Working with local strengths: supporting states to build capacity to protect', began in 2010 with the aim of creating a framework that improves engagement between international interveners, state agencies and local communities.

"Often, state agencies and international interveners have only limited understanding of local strengths and find it difficult to work with non-state local providers of peace and order," he said.

"This framework provides guidance for agencies looking to collaborate with local and grassroots communities."

During the research process, the UQ team met with local chiefs, church leaders, women and youth groups in five communities, as well as members of Solomon Islands government, police force, and the Regional Assistance Mission to the Solomon Islands (RAMSI).

A subsequent workshop involving each of the fieldwork communities allowed the team to create a draft framework, which was followed by further input from government, NGOs, donors and RAMSI.

At the recent launch, Deputy Prime Minister Maelanga said the framework was fundamentally sound "because it sits on three important principles".

"These principles include recognizing local knowledge, working with local capacities and building partnerships and relationships," he said.

Special Coordinator of RAMSI Nicholas Coppel commended the research team and the local participants on the framework and said it brought "the international dialogue on the Responsibility to Protect to the Solomon Islands".