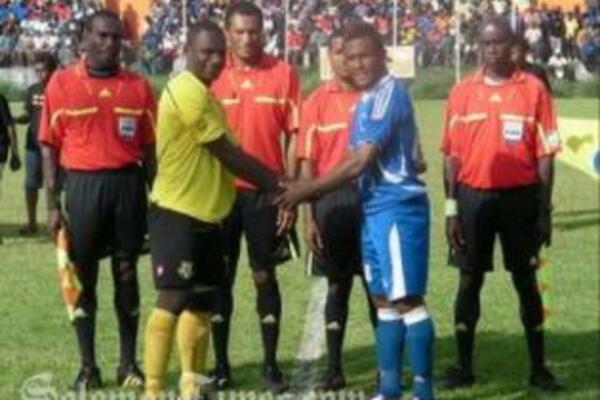 Vanuatu and Solomon Islands have fought out the second scoreless draw of their four-match friendly series after failing to give the 6,000 fans at Port Vila's PVL Stadium a goal to cheer.

The teams posted the same result in their previous meeting in Honiara earlier this month and, despite creating plenty of opportunities in ideal conditions, could not avoid a repeat in front of the boisterous crowd.

The match was nevertheless notable for the international debut of promising Vanuatu striker Jean Kaltack, who received a call up to the squad in the abscence of several experienced strikers.

The 17-year-old has performed well for Vanuatu at age-group level and made a smooth transition into the senior ranks, looking dangerous throughout the game and giving the Solomon defence a busy afternoon.

He very nearly made his first outing one to remember with a goal but, after a Yvong August cross found him almost under the crossbar, Kaltack somehow managed to spoon his effort over the top.

August had earlier scraped the woodwork with a free kick and, in the best chance of the second period, Solomon Islands captain Henry Fa'arodo connected well with a shot which fizzed just wide of goalkeeper Ernest Bong's post.

Fa'arodo stated after the match that he was happy with the Bonitos performance and is looking forward to meeting Vanuatu when the sides clash again on Saturday to celebrate Vanuatu's 31st independence anniversary.

Opposing skipper Jean-Robert Yelou paid tribute to his young team for holding the more experienced Solomon Islands to another draw and also had a personal achievement to celebrate after being named man of the match.

The friendlies are being played to help the sides prepare for the Pacific Games, set to be held in New Caledonia during August and September, and the final match of the series takes place on Saturday at PVL Stadium from 3pm local time.