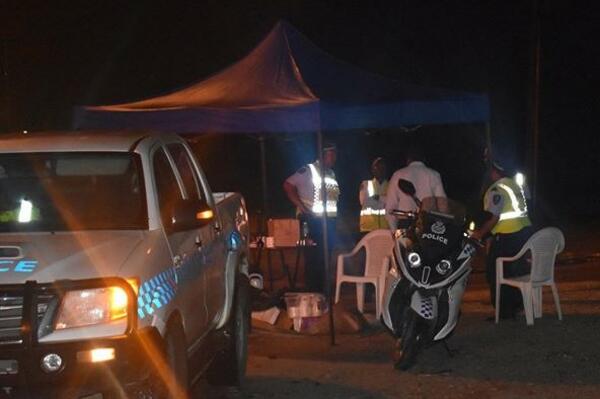 “I appeal to all citizens of Honiara and of Guadalcanal province to observe any future curfew order that may be decided by the Government, and stay at home during the curfew period," says Acting Commissioner Mangau.
Source: Supplied
Share
Monday, 13 April 2020 08:16 AM

Officers of the Royal Solomon Island Police Force (RSIPF) have arrested a total of 63 individuals for breaching the night curfew imposed under the State of Public Emergency.

All 63 suspects have been charged and are at the Honiara City Central police station watch house awaiting further dealings from the National Criminal Investigation Department (NCID) through advice from the office of the Director of Public Prosecution (DPP).

The Acting Police Commissioner Mostyn Mangau says despite the arrests during the curfew “the majority of our citizens are very law abiding and I must commend you all for this.”

“I appeal to our good people to take these matters seriously and avoid breaching whatever regulations are endorsed by our Government under the State of Public Emergency as it tries to keep us safe from this deadly virus entering our country.”

Commissioner Mangau adds: “There are heavy penalties including fines and imprisonment for anyone who is found guilty of disobeying the curfew. The maximum fine is $10,000-00 or five years imprisonment or both if found guilty by the Court."

“I appeal to all citizens of Honiara and of Guadalcanal province to observe any future curfew order that may be decided by the Government, and stay at home during the curfew period.

"Do not go out unless it is critical. Let us work together with the Government as it tries its best to protect us all and our children from COVID-19,” says Acting Commissioner Mangau.