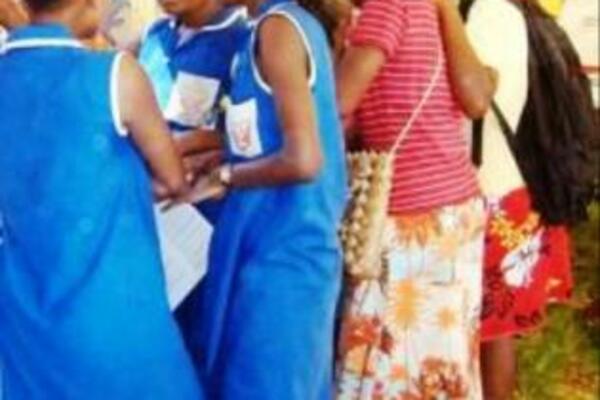 Mr Hatimoana says the proposed strike action by SINTA has been called off. He says teachers are urged to return to work at their various schools.
Source: STO Archives
Share
Tuesday, 19 July 2011 07:38 AM

The Government has responded to the Cost of Living Adjustment (COLA) demanded by the Solomon Islands National Teachers Association (SINTA) with a counter offer last Friday.

SINTA's Industrial Relations Officer, Johnly Hatimoana, says the counter offer on the 11.5 percent increase demanded is being looked at by the SINTA Executive negotiating team.

"We are just waiting for the negotiating team to have their final say on this," said Mr Hatimoana. "We need to study the offer carefully before we respond."

Mr Hatimoana says they are hoping to reach a decision on the government's counter offer this week. He has however declined to disclose the percentage of the counter offer.

Meanwhile, he says the proposed strike action by SINTA has been called off. He says teachers are urged to return to work at their various schools.

Meanwhile, the Permanent Secretary for the Public Service, Ishmael Avui, has confirmed that the government has made a counter-offer to SINTA's request.

He denies that the government only acted when threatened with strike action.

Mr. Avui says the government is waiting for the teachers' response to its counter offer.