Solomon Airlines to Fly National Colours in New A-320 Aircraft 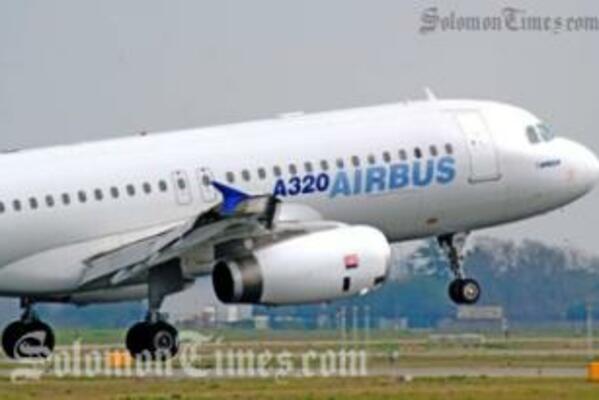 The new H4-Bus aircraft, similar to the one pictured, is currently in Melbourne, where new livery in national colours, seating configurations and other work packages are being applied.
Source: Photo Supplied
Share
Monday, 30 May 2011 08:17 AM

Solomon Airlines will start flying the country's national colours again on its international route soon as it prepares to take delivery of a new A-320 aircraft.

The new H4-Bus aircraft is currently in Melbourne, where new livery in national colours, seating configurations and other work packages are being applied.

The national carrier yesterday formally received its certificate of registration for the new look A-320 aircraft from the Civil Aviation Authority of Solomon Islands, CAASI.

An Airlines statement says this is the first time an Airbus has been registered under CAASI.

It says after having met all the mandatory registration requirements, CAASI is fully satisfied with the registration process and commended Solomon Airlines for achieving this in a timely manner.

General Manager Operations and Commercial Services, Gus Kraus says this was one of the many prerequisites that required approval and endorsement from the airline's regulators under the Chicago convention.

Mr. Kraus says Solomon Airlines will take delivery of the aircraft soon for planned flight commencement in June or July, depending on readiness in all regulatory matters and pilot training.