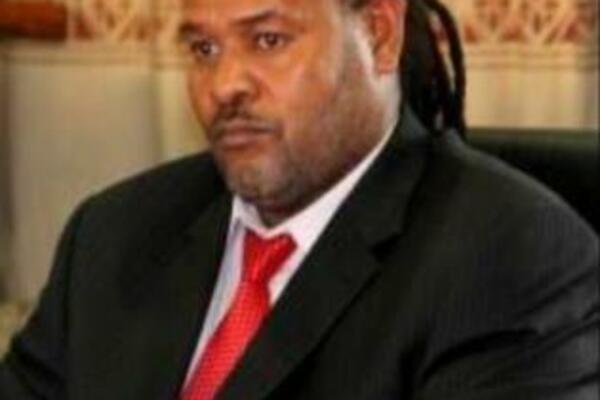 The North Malaita MP was reportedly re-appointed as Fisheries Minister but Governor General Sir Frank Kabui had refused to facilitate the appointment by oath.

North Malaita MP, Jimmy Lusibaea, was sentenced to imprisonment for two years and nine months but was awarded an early release by the Parole Board and the then Police Minister James Tora through the Correctional Services Act.

In a letter to media outlets, the Government House Deputy Private Secretary Rawcliffe Ziza says while section 33 of the constitution requires the Governor General to act on the advice of the Prime Minister in appointing ministers, "the MP appointed must also be free from any legal disqualification stipulated in the constitution."

Mr Ziza says while some lawyers hold the view that the total amount of remission earned reduced his sentence to less than 6 months imprisonment, other lawyers are of the view that the remission simply reduces the time served in custody and does not reduce the original sentence passed by the high court.

Mr Ziza says only the high court can decide which the correct legal interpretation is, adding that the issue is now before the High court.