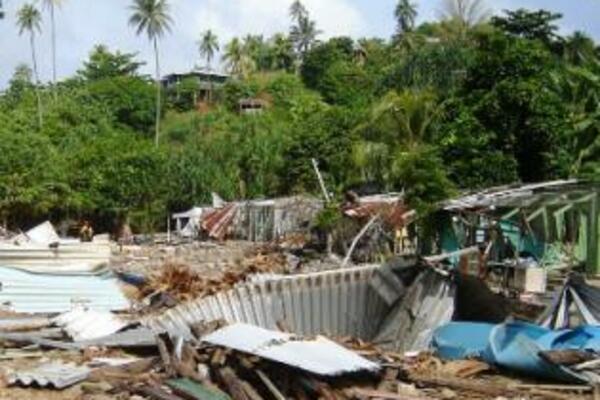 The report stated that a year after the disaster, some of the relief assistance did not reach any of Choiseul's tsunami victims.
Source: STO Archives
Share
Tuesday, 26 April 2011 08:17 AM

An Audit Report has now confirmed that there were serious mismanagement of funds and relief supplies after the devastating tsunami that struck the Western Province.

The Special audit report into the 2007 tsunami and earthquake relief fund has found ineffective coordination and distribution of relief assistance to people affected by the 2007 tsunami in Western and Choiseul provinces.

A team from the Office of the Auditor General had visited the provincial headquarter of Choiseul Province, Taro and their report stated that "the Choiseul Provincial Disaster Committee had ineffectively managed the relief effort and assistance given by individuals, organizations and the government."

The report stated that a year after the disaster, some of the relief assistance did not reach any of Choiseul's tsunami victims.

Relief items such as second hand clothing, eating utensils, food items and gardening tools donated by overseas charity organizations, individuals and the government were also found to have not been distributed to the victims.

The audit report also revealed that donated food items were no longer edible after they were stored away for nearly a year at the Provincial Headquarters.

It says the the use of these relief items were in doubt because there was no proper body to manage and distribute the donated items to people affected by the tsunami.

The Audit team had visited Taro in May 2008.