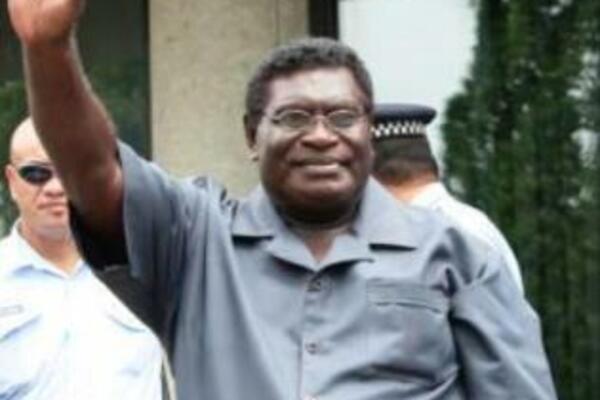 After weeks of political wrangling the Prime Minister, Danny Philip, has set the date for Parliament to convene.
Source: STO
Share
Wednesday, 16 February 2011 08:03 AM

Parliament will convene on the 28th of March 2011.

Earlier the Speaker held a private meeting with the Prime Minister and the Opposition Leader seeking to set a date for Parliament to convene. The Opposition group was hoping that the meeting would be convened at a much earlier date, seeking to test the government's number by way of a no confidence motion.

The Deputy Leader of the Opposition Mathew Wale wasted little time in attacking the proposed date. "It is quite irresponsible of the government to delay the meeting knowing that it will result in a constitutional crisis," Mr Wale said.

The Deputy Opposition Leader said that it is very clear that the government does not have the numbers needed to pass its budget. Mr Wale was quite adamant that the budget will be defeated.

Mr Wale said that they will seek to bring the meeting forward to ensure that a possible new government will have time to table its own budget.

The Speaker of Parliament says that if the opposition disagrees with the date set by the Prime Minister, "they can express their disagreement in writing to the governor general or the speaker's office."

Meanwhile a former Speaker of parliament and senior statesman, Sir Peter Kenilorea, has said that the principle of majority rule has always been respected by Constitutional Courts and is well protected in the national Constitution.

However, a government insider says that the Governor General has done the right thing by staying clear of the current political impasse. "We have seen many times how MPs fail to honor commitments made, so a list claiming the support of MPs mean very little," the insider said. "The government will not be pressured to change the date it has set, we are working on our own timetable and we will stick to that timetable." The insider says that the timetable is set on delivering a sound budget for the benefit of all Solomon Islanders.

The insider says that it is in fact the Opposition group that is being irresponsible as they have stated publically that they will defeat the budget. The insider says that for the Opposition group to defeat the budget simply to make a point is very irresponsible. "We are confident that MPs will do the right thing and pass the budget, and not be blindsided by the ambitions of a few," said the insider.