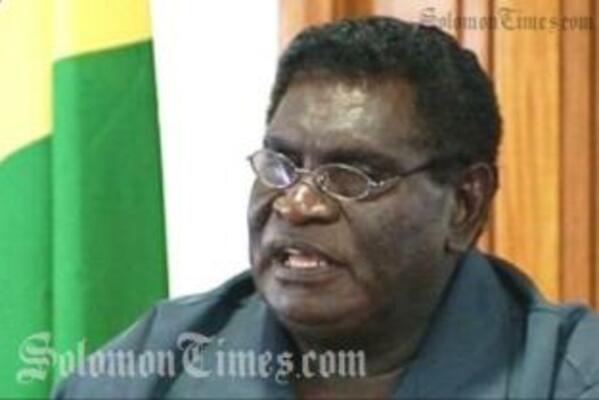 The statement says a denial by both Mr Wale and the Australian High Commission Office is "not good enough."
Source: STO
Share
Thursday, 10 February 2011 07:27 AM

The Government is demanding the Deputy Leader of the Opposition, Matthew Wale, disclose details of his dealings with Canberra to topple the government, saying the people of Solomon Islands are entitled to know.

A statement issued late yesterday by the Office of the Prime Minister says people of Solomon Islands have the right to know his involvement "with a foreign government to topple a legitimately elected government of a sovereign nation."

The statement says a denial by both Mr Wale and the Australian High Commission Office is "not good enough."

"The government expects a denial anyway," the statement reads. "A denial is not good enough to reflect the gravity or the seriousness of this matter."

The statement from the government urges Mr Wale to disclose details of his dealings with Canberra, stating that it is public knowledge that he has engaged with Canberra since last year about his ambitions to be Prime Minister.

It says the government had suspected all along that someone was behind Mr Wale's unrelenting barrage of criticisms on the government, particularly his efforts to bring down Prime Minister Danny Philip's government.

It says the Deputy Opposition Leader's involvement was exposed in a top secret intelligence report, which was provided to the Government over the weekend.