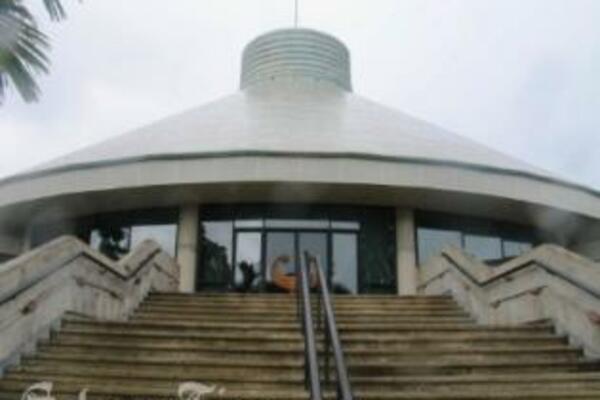 "The Opposition cannot claim MPs of the Independent Group of Parliament as part of their group as there is no constitutional basis for this inclusion," said Mr Sasako.
Source: STO Archives
Share
Friday, 28 January 2011 08:24 AM

The Parliamentary Opposition group has announced in a recent media conference that "it will defeat the budget if the Prime Minister does not call for an early parliament meeting or refuses to resign."

Deputy Opposition leader, Matthew Wale, said the Prime Minister should prove in writing to the Governor General whether he still commands the majority or "calls for an early meeting to prove his numbers."

He says if the Prime Minister continues to drag the stalemate; the country might end up in a Constitutional crisis if the budget is not passed before the end of March.

The Deputy Opposition leader said that the opposition group will not pass a budget that does not reflect their budget priorities.

"We don't want to be stuck for an entire year with a budget that we don't have an input. So we will defeat a budget which government will table and therefore any responsible Prime Minister will make sure that his support is tested on the floor of Parliament sooner than later."

Mr Wale said if the country goes into a Constitutional crisis it will simply "show how irresponsible the government is."

Meanwhile, the Prime Minister's Press Secretary, Alfred Sasako, says that the petition to the Governor General is "null and void."

"The Opposition cannot claim MPs of the Independent Group of Parliament as part of their group as there is no constitutional basis for this inclusion," said Mr Sasako.

"This has grave implications on the validity of the so-called petition given to the Governor General. As I said earlier, the members of the Independent group cannot sign the petition unless they have resigned prior to submitting that piece of paper. They have not, so in a layman's view point it renders the petition null and void."