Fundraising Staged for Victims of Floods in Australia 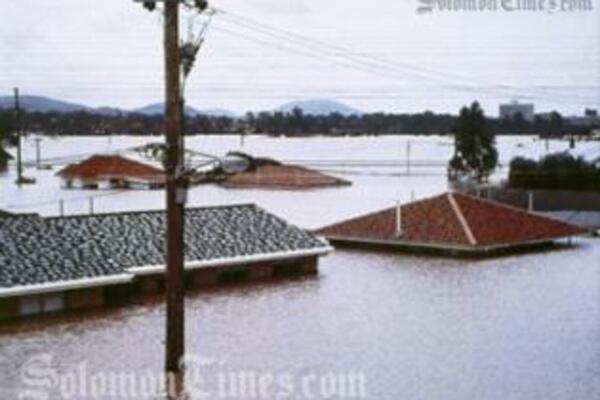 The fundraising drive was attended by top political leaders and business houses in Honiara.
Source: Supplied
Share
Monday, 24 January 2011 09:43 AM

A fundraising drive in aid of victims of the Queensland floods in Australia was successfully held at the Honiara Hotel Margarita Bar over the weekend.

The fundraiser, which aims to raise $100,000 Australian dollars, is being spearheaded by Sir Thomas Chan, Father John Lamani and Ken Chan.

Prime Minister Danny Phillip, the patron of the Queensland fundraising drive, in his speech, acknowledged every government ministry, business house and individual who contributed towards the fundraising.

Prime Minister Danny Phillip stated that Australia has, in the past, lent a helping hand to the Solomon Islands in times of need.

He said the Regional Assistance Mission in the country speaks volumes of the Australian government's commitment to its relationship with Solomon Islands.

Prime Minister Philip says the country's thoughts and prayers are with the flood victims of Queensland.

The fundraising drive was attended by top political leaders and business houses in Honiara.

Meanwhile Tommy Chan, the owner of Honiara Hotel and also one of the initiators of the fundraising drive, acknowledged those who turned up.

He said Queensland is a home away from home for many Solomon Islanders.

Mr Chan said contributions towards the flood victims, whether big or small is very much appreciated and that the funds are "given with love and compassion for those who lost so much in the floods."

SIBC News understands that the Red Mansion Comfort Inn had also staged a separate fundraiser last night towards the same cause.