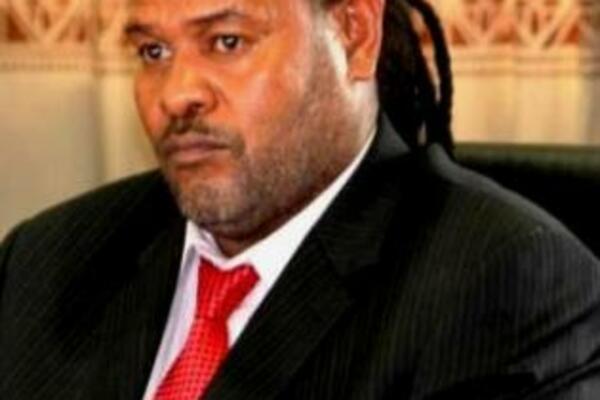 A sub-group of the North Malaita Demonstration Committee had written to the Governor General last Thursday requesting that a constitutional pardon be granted to their jailed MP, Jimmy Lusibaea.
Source: pmc.gov.sb
Share
Tuesday, 11 January 2011 08:13 AM

Jailed North Malaita MP Jimmy Lusibaea may have a shot at a constitutional pardon should his case be approved by the Prerogative Mercy Committee.

A letter by Governor General Sir Frank Kabui to the North Malaita Demonstration Committee on Friday stated that while he did have the power to grant constitutional pardons, this power can only be exercised upon recommendation by the Prerogative Mercy Committee.

A sub-group of the North Malaita Demonstration Committee had written to the Governor General last Thursday with a request that Sir Frank grant a constitutional pardon to their jailed North Malaita MP, Jimmy Lusibaea.

The sub-committee quoted the Amnesty Act of 2000 and the Constitution Amendment Act of 2001 saying that their jailed Member of Parliament qualifies for the amnesty or immunity under these laws.

Mr Lusibaea had been sentenced to two years and nine months last year, following his guilty plea to charges of unlawful wounding of a person and assaulting an on-duty police officer.

His victims, civilian Robert Solo suffered gunshot wounds to both his knees and police officer Sam Manekeha suffered head injuries from where Mr Lusibaea had hit him with the butt of his pistol at the National Referral Hospital.

The North Malaita MP had committed these crimes while he was a Commander of the Malaita Eagles Force in 2001.

SIBC News understands that a judicial review of Mr Lusibaea's case under the Amnesty Act of 2000 is still pending.