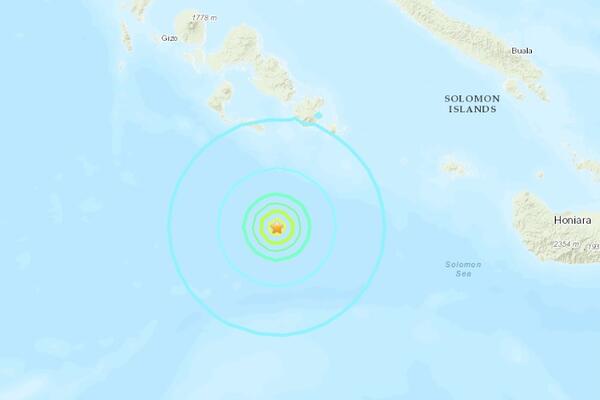 A 5.7 magnitude earthquake with a depth of 10km was recorded at 2.18pm today near the active sub-marine volcano Kavachi in the Western Province.

The alert was released by the US Geological Survey. No warnings of tsunami have been issued for surrounding areas.

Kavachi is one of the most active submarine volcanoes in the south-west Pacific Ocean. Located south of Vangunu Island in the Solomon Islands, it is named after a sea god of the New Georgia Group, and is also referred to locally as Rejo te Kavachi.

Kavachi made global headlines when scientists on a National Geographic expedition filmed sharks living inside this active underwater volcano.

The video, shot in 2015, went viral - scientists never thought this was possible.