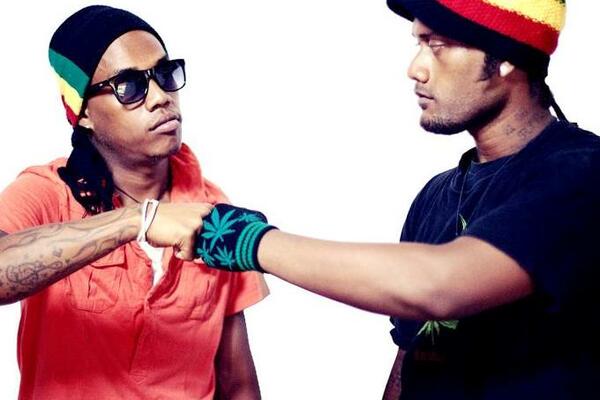 With a blend of reggaeton, hip hop and pure Pacific soul reggae, 56 Hop Rod has shot to the top of the Pacific Top 20 with their catchy new song, “Secret Lover.”

56 Hop Rod represents the new edgy sounds coming out of the Solomon Islands.

Drawing inspiration from all four corners of the World, 56 Hop Rod has pushed the boundaries of Solomon music further – showcasing a talent so raw and unique that one would find it hard to believe they are in fact from the Solomon Islands.

The group was created by Maclean (Ruff Neck), Johnny (Buad), William (Kharzin), and Clerie (Twalf), who put their experience growing up in Honiara into catchy musical tunes.

In a brief bio on their Facebook page (http://www.facebook.com/56HopRod) the group says that coming out from different social and ethnic backgrounds the group became unified by a common interest, music, reggae especially.

“We were inspired basically by the likes of Bob Marley and other pioneers of reggae music, and since the rise of ragamuffin style, were heavily an influence as well. Not to forget other mainstream genres with the likes of Hip-hop, Electronic music, and RnB.

“Dreams do come true, if one would believe in. Intention, at the beginning was to represent our likes in the big scene of music in Solomon Islands. This led to the release of our first single on local FM stations - my little girl in 2008.”

After a long absence, 56 Hop Rod came back in 2012 with another hit single “watch your back (BELIGA),” with the help and support from another Honiara based Producer DJ Liamz, Casper Junior, and another media effective video producing team, Reggae Haus.

However, Secret Lover, also released early this year, confirmed 56 Hop Rod’s place in the emerging new sounds coming out of Solomon Islands - artists that are willing to explore genres beyond the Pacific.

The group says it is now working on new tracks and is looking to set its mark in the mainstream Solomon Islands music scene and beyond.