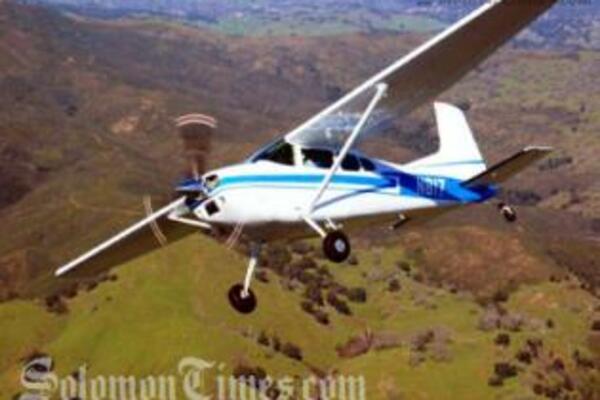 Based on eyewitness accounts, the plane may have been a light aircraft.
Source: designbit.co.uk
Share
Friday, 10 September 2010 08:10 AM

The mystery plane crash, reported by villagers in Ogou Village and people living on Leli Island, just off the northeast coast of Malaita near Atoifi, has been ruled out.

Based on eyewitness accounts, the plane may have been a light aircraft. The report had all major government agencies scrambling to get down to East Malaita to verify the claims. RAMSI was the first to deploy a search and rescue team, but due to bad weather they were not able to confirm the report.

Following an extensive search late yesterday afternoon, involving personnel's from the Atoifi Police station, it has been confirmed that there are no findings to indicate any plane crash as reported earlier.

A police boats and a number of local banana boats searched the suspected crash site but were unable to find any evidence to confirm or indicate such occurrences.

The Police Commissioner, Peter Marshall, also confirmed that having consulted with relevant agencies there were no scheduled flights for that route. There was also no flight plan filed by overseas agents, indicating that one of its planes would be passing through our airspace.

Villagers in Ogou Village and nearby Leli Island are still adamant that there was a plane that crashed into the ocean.