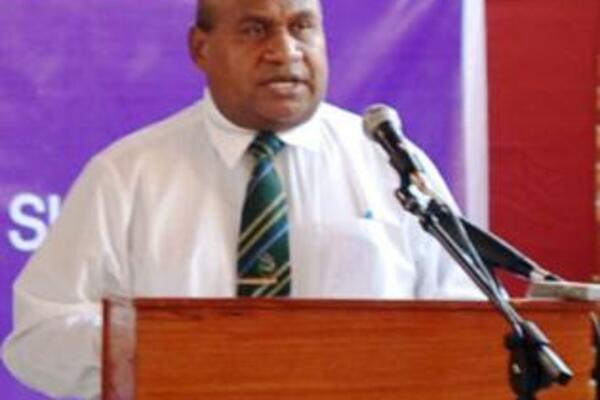 Fred Iro Fono, born October 10, 1962, has been Deputy Prime Minister and Minister for Rural Development and Indigenous Affairs since December 2007. He is also founder and leader of the newly formed People's Congress Party. He has represented Central Kwara'ae Constituency in the National Parliament since 1997. Mr Fono lost his seat to businessman Jackson Fiulaua in a closely contested election.

Another high profile candidate that has lost his seat is the outspoken former MP for Temotu/Nende, Patterson Oti. Mr Oti, himself a long serving MP, is the secretary general of the Ownership, Unity and Responsibility Party ("OUR Party"), which was launched in early 2010.

Mr Oti was first elected to the National Parliament of the Solomon Islands for Temotu Nende Constituency in the August 1997 parliamentary election, where he served as Minister for Foreign Affairs from August 1997 to June 2000. In the December 2001 election, he was re-elected to his seat, and he served as Leader of the Opposition Group in Parliament from December 2001 to May 2003. He was re-elected to his seat in the April 2006 and was at one time a candidate for Prime Minister.

With results coming in there are indications that few sitting MPs may lose their seat, although 12 have made it back.