SPO Board to Decide on Hemmer's Fate 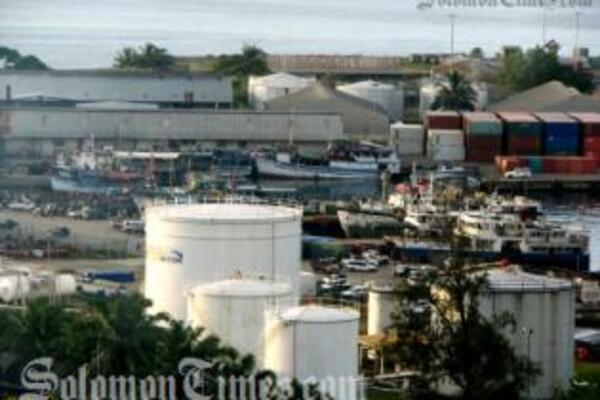 Mike Hemmer, with minority shareholdings of SPO, was engaged to manage SPO as part of an agreement entered into by his company GRP & Associates and the Solomon Islands National Provident Fund.
Source: STO Archives
Share
Thursday, 22 July 2010 09:40 AM

The fate of the Managing Director of South Pacific Oil (SPO), Mike Hemmer, will be decided today by the SPO Board of Directors.

Chairman of the SPO Board, Joses Tuhanuku, has confirmed that the meeting will take place later today, but will not go into the exact details of the meeting. Mr Tuhanuku said that a statement will be made once an outcome is reached, later today.

The Board had earlier ordered an internal audit, through a court order, after allegations surfaced of possible unauthorized payments worth millions of dollars. It is understood that the findings will be presented in today's meeting.

Mike Hemmer, with minority shareholdings of SPO, was engaged to manage SPO as part of an agreement entered into by his company GRP & Associates and the Solomon Islands National Provident Fund.

In an e-mail circulated to most local news agencies last night, the Senior Management Team of SPO stated that they believe that this act would be illegal under the terms of current agreements in place.

"We also believe it is inappropriate for this meeting to be held in the absence of the Managing Director considering that the issue to be discussed is his removal and that he should be given the opportunity to respond to the reasons for his removal," the e-mail reads.

The Senior Management Team called for an external audit firm to be hired to audit South Pacific Oil Ltd, and any findings derived from such audit be presented in a legal forum, as opposed to the current process which they say is neither fair, legal or in the best interests of South Pacific Oil Ltd and NPF.