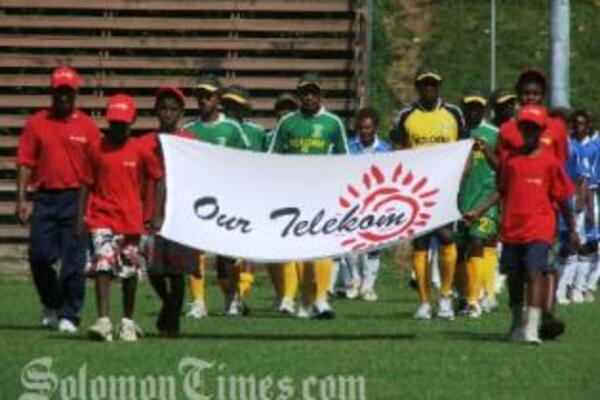 The opening ceremony of the Our Telekom National Club Championship will be held at Lawson Tama on Saturday.

A statement from the Solomon Islands Football Federation (SIFF) said that the opening ceremony will involve a parade inside Lawson Tama. The parade will be followed by formal speeches from SIFF and the major sponsor of the event, Our Telekom.

One of the highlights of the opening day will be the friendly match between local based members of the Solomon Islands Senior National Team and Solomon Island players who play for clubs overseas.

The opening ceremony of the Our Telekom National Club Championship in 2009 featured a motorcade parade from the SIFF Academy to the Town Ground round-about and back to Lawson Tama. This year the decision was made to hold a simple parade.

So far several provinces have confirmed teams for the championship. Honiara Football Association (HFA) stated last week that they will be represented by Koloale, KOSSA, Makuru and Uncles.

The Western Football Association (WFA) completed their provincial club championship last week and will be represented by Soloso and Gizo who met in the finals. It is also understood that the WFA is considering requesting placement for a third team to participate in the Our Telekom National Club Championship.

The Malaita Football Association (MFA) is currently holding its qualifying competition this week. Their representative clubs will be known by the end of the week.

More confirmations from Provincial Football Associations will be received this week