51 YO Father And Two Sons Arrested for Robbery 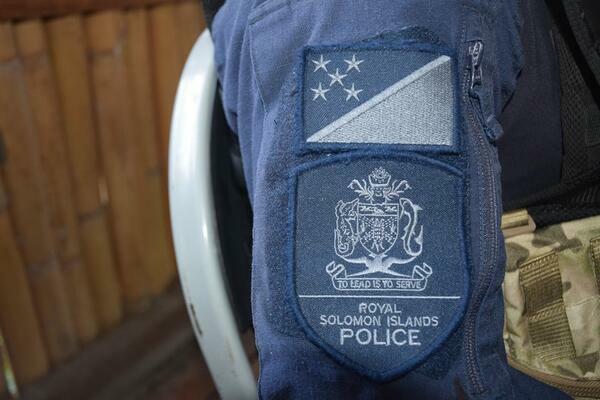 Officers of the Royal Solomon Islands Police Force (RSIPF) at Henderson have arrested a 51-year-old father with his two sons and another relative following a robbery incident in the Lungga area east of Honiara on 11 August 2019.

Operation Manager at the Henderson Police Station, Inspector Edwin Sevoa says, “Between 5 and 6 pm on 11 August 2019 the father and his two sons with another relative believed to be drunk at that time, allegedly approached the cashier at the Sirin Enterprises Shop and the shop assistant. The suspects demanded that the cashier must pay for the part time job that the father had done for the company.”

“The victim tried to calm the alleged offender and his accomplices but the father allegedly assaulted the victim on his left ear. The victim told the suspect that he will give him the money but the offender continued to threaten him.”

Inspector Sevoa adds: “While the argument continued between the victim and the father one of the suspects grabbed a container with a large amount of money in it and took off. The other suspects also took off with other valuable items from the shop. Police have recovered the items but the money is still missing.”

“The latest arrest in relation to the robbery was done on 19 August 2019. The suspect has been charged with robbery and will appear in the Honiara Central Magistrates’ Court on 30 August 2019. The three other suspects, who were arrested earlier appeared in Court on 20 August 2019,” says Inspector Sevoa.